Tiger Hills is filling in the gaps 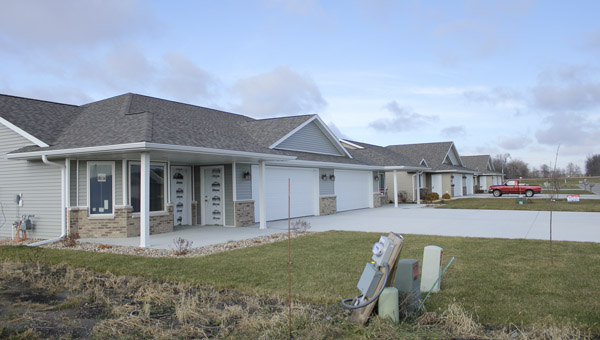 Homes have sprung up in the Tiger Hills development near Albert Lea High School and Goose Lake, particularly in the north end of the neighborhood. The south part has plenty of room for growth. -- Tim Engstrom/Albert Lea Tribune

Five years after the start of development in the Tiger Hills subdivision, the neighborhood’s developers are celebrating the sale of more than one-third of their total lots.

Developer Greg Moen said as of this summer, he and his partner Tim Jensen had sold 20 out of 60 lots in the development, and as of Wednesday, they had sold one more.

Despite one of the worst housing markets and times for new construction in the history of the United States, Moen said he is proud that building has continued in his development.

“In many surrounding communities, new construction has been dead,” he said. 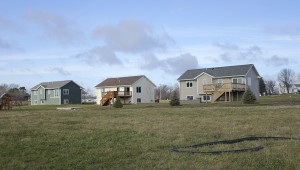 Though it’s been a struggle at Tiger Hills, too, its developers are excited that when people now drive past the 80-acre development — on the south side of Hammer Road to the east of Albert Lea High School — the gaps between the houses are slowly being filled in and the streets are starting to look more and more like a neighborhood.

According to the Albert Lea Inspection Department, there have been four new houses constructed so far in Tiger Hills this year, and one will be started soon.

Construction began on three in 2009.

Moen said since he began the development five years ago, it has been his goal to build new construction that working people could afford.

“All the new construction was so expensive,” he noted. 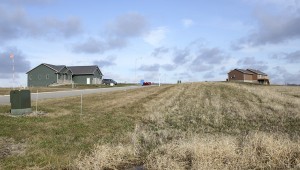 Moen said in addition to the houses about 17 acres are being donated for park land. He said he hopes someday a park will be constructed on about 3 1/2 acres and it will be named Thofson Park, after former land owners Virgil and Arlene Thofson.

Though some people question Tiger Hills’ developers being able to borrow money from the city as the subdivision was being established, Moen pointed out that out of the $1.348 million that was borrowed, about 32.9 percent of that, or almost $444,000, has been paid back.

He said the developers will be paying back an additional $26,000 at the time of closing for the most recent lot sold. 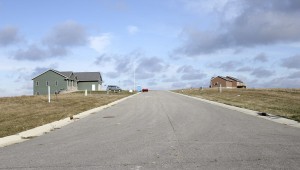 He also wanted to point out that before the Tiger Hills development started, the city received no tax base from that land as it was out of city limits.

Currently, the development has added $4.8 million to the city’s tax base, and that will increase as more and more homes are developed, he said.

He noted about $67,000 has been paid in building permits, and there has also been an estimated about $1.3 million that has been paid in labor costs for area contractors who have worked on the houses. He said 23 different entities are involved each time a house is built.

This includes everyone from plumbers to siding installers to landscapers to surveyors and excavators.

Jensen, who has been in the construction industry for more than 20 years, said he thinks Tiger Hills has a great location.

People can feel like they’re living in a rural setting, but still have city hookups to water and sewer, he said. Plus, it’s near the interstate, the high school and Northbridge Mall. 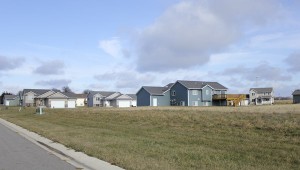 She said she and Vocal have lived in Albert Lea for about four years, previously just renting.

“We like it out here,” she said. “Everybody watches out for everybody.”

The neighbors get together to socialize at least twice a year, in the spring and fall. Moen said there are several people who are originally from outside of Albert Lea who moved to the city and now live in Tiger Hills.