A time for remembering and sharing memories of Tony D. Bertelson will be from 5 to 8 p.m. on Thursday at Bonnerup Funeral Service, 2210 East Main, Albert Lea. Private graveside services will be held at Graceland Cemetery at a later date. 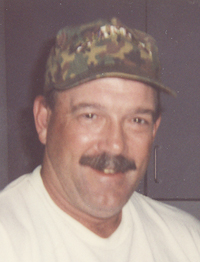 Tony died unexpectedly as a result of a heart attack early Saturday morning, Nov. 13, 2010, at St. Mary’s Hospital in Rochester.

He graduated from Albert Lea High School. He married Sharyl Thompson and to this union two daughters were born, Wendi and Niki. They were later divorced.

Tony had worked at Wilson’s, Bridon Cordage, and for the last 15 years boning hams at Hormel in Austin.

He was united in marriage to Kathy Alberts on Aug. 4, 2005, in Bullhead City, Ariz. Together they enjoyed many fishing trips to Mille Lacs, traveling to San Franciso and spoiling the grandchildren.

Tony loved to hunt and fish and “The Quack Shack” was a special haven for him.

He adored his grandchildren, all 15 of them, and had formed a special “grandpa” bond with each and every one of them.

He was preceded in death by his parents; his former wife, Sharyl; a granddaughter in infancy.

Memorials suggested in lieu of flowers.