Parents of the bride are Lowell and Kathy Jacobson of Albert Lea. Parents of the groom are Paul Pestorious and RaAnna Beckel of Conger. 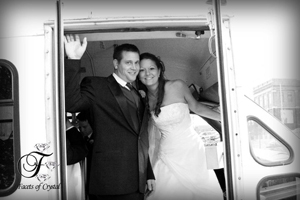 Flower girl was Mya Pestorious, daughter of the bride, of Belle Plaine.

Ring bearer was Haydan Pestorious, of Lyle, Iowa, nephew of the groom.

A reception followed at 6 p.m. at the Eagles Club.

Amy graduated from Albert Lea High School in 2000 and is a daycare provider.

Jade is a 1999 graduate of Alden-Conger School and is employed at Marcy Construction in St. Louis Park.

The bride and groom reside in Belle Plaine.