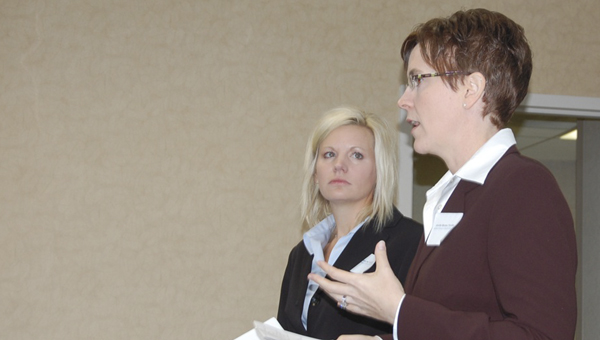 Diagnosed with fibromuscular dysplasia, commonly called FMD, Kari Ulrich of Albert Lea and Jennifer Moreen of Plymouth founded an organization to support and educate women affected by the deadly disease.

Until now, Midwest Women’s Vascular Advocates has been completely funded by the two women and supported through volunteerism, but the organization keeps growing. To keep up, they applied for $50,000 in grant funding from the Pepsi Refresh Project.

Through the project, companies and organizations submitted ideas to be voted on by anyone around the world. The top 10 vote-getters get $50,000 from Pepsi.

Currently, the MWVA’s idea is in 90th place.

“We’re hoping to get some daily votes,” Ulrich said. “And to raise awareness of FMD.”

If they receive the grant, Ulrich and Moreen plan on giving $15,000 to the Mayo Clinic and the International Patient Registry at University of Michigan, Ann Arbor. The rest will be used as stipends for qualified speakers and experts, educational materials, start up costs and communication equipment.

“We want to further our mission to support and educate women diagnosed with this disease and their families,” Ulrich said, noting education as the biggest component.

“There hasn’t been research done on FMD,” she said. “We know that genetics play a role, but we don’t know how much, which is frustrating.”

Ulrich also said it is unknown what the environmental factors of the disease are and its progression.

The MWVA has already had two support group meetings at Albert Lea Medical Center — one in April and another on Oct. 9. A medical professional spoke for the first half of the meetings and the second half was conducted as a support group.

Ulrich was diagnosed with FMD in 2007 and has the disease in her carotid, renal and femoral arteries. She has two brain aneurysms while Moreen, 39, has six stints in her heart.

Both women are athletes, as Ulrich was diagnosed while training for a half marathon and Moreen was an experienced downhill skier.

“People look at me and Jennifer and say there’s nothing wrong with us,” Ulrich said. “But our arteries are a complete mess.”