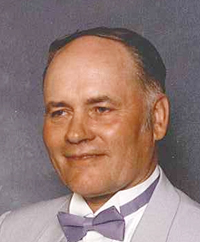 Funeral services will be 1:30 p.m. today at Silver Lake Lutheran Church in rural Northwood, Iowa, with the Rev. Randy Baldwin officiating. Visitation was from 5 to 7 p.m. Tuesday at Mittelstadt Funeral Home, 902 E. Main St., Lake Mills, Iowa, and then again one hour prior to the service at the church. Burial will take place at Silver Lake Lutheran Church Cemetery immediately following the service with military rites performed by Emmons Louis/Tviete Post 317.

Dale James Leegaard was born May 19, 1931, in Albert Lea, the son of James K. and Gertrude (McCrady) Leegaard. He served his country during the Korean War in the United States Army and was stationed in Germany.

Dale loved his family, watching his kids, saying little and just smiling. He was the most gentle and patient man you could find. He was always so fair and so honest. He loved the family fishing trips, watching John Wayne movies and attending local stock car races. Dale was an incredibly talented carpenter. In fact, he was regarded as a jack of all trades and a master of them all!

Dale was preceded in death by his parents; two sons: Rodney Dale in 2002 and David Dale in 2010; sister, Marilyn Schnoor in 2009; and brother-in-law John Moen.