Funeral services for Daniel Alan Bussey, 45, of Kiester, will be held at 3 p.m. Thursday at the Bayview/Freeborn Funeral Home. The Rev. Richard Schaffer will officiate. Visitation will be one hour prior to the service. To sign the guest book go to www.bayviewfuneral.com. 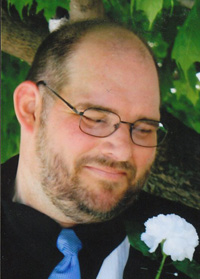 Daniel Alan Bussey was born on Aug. 11, 1965, in Reading, Pa., the son of Philip and Loretta Bussey of Maryland. He grew up in the Maryland area and earned his GED from Bemidji in 2007. Daniel has been a truck driver for 23 years. For the last eight months he drove for McFarland out of Austin. Dan was a Ravens and Redskins fan. He liked to build Legos models and fish, and spend time with his wife, son, family and friends.

Daniel was preceded in death by his grandparents: Loretta and Clare Froess and Erving and Nadine Bussey; and his best friend Mike in Maryland.