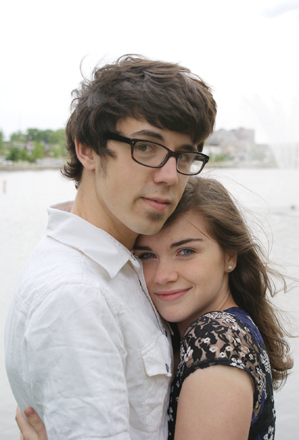 Grandmother of the bride is Virginia Heuer, of Midland, S.D.

Grandparents of the groom are Larry and Mary Lahs, of Albert Lea.

Madeline is graduating from Albert Lea High School in 2011. She will be attending University of Wisconsin, LaCrosse, studying radiation therapy in the fall of 2011.

Thomas is a graduate of Albert Lea High School. He is attending Minnesota State University, Mankato, majoring in business and will continue his education at University of Wisconsin, LaCrosse, in fall 2011.