Bullied: Got any bright ideas? 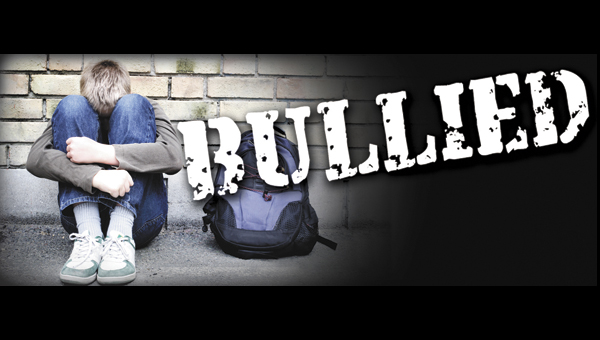 Editor’s note: This is the final installment on a series about bullying.

The Tribune recently ran ads in the paper and on our website asking for ideas for ways to stop bullying from anyone who had an idea. Listed are the top three ideas that won prizes, as well as others that were sent in. First place won a Nintendo Wii, second place won an iPod Nano and third place won movie passes. Submissions were edited for grammar and spelling. 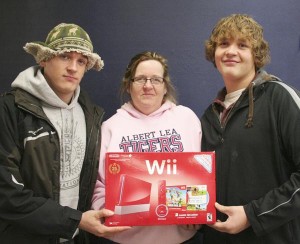 Marilynn Borland poses for a photo with her sons and the Nintendo Wii she won for her idea for stopping bullying. Borland said she plans to donate the gaming system to the austim spectrum disorder room at Albert Lea High School. -- Kelli Lageson/Albert Lea Tribune

An excerpt: I think sometimes as parents we need to teach our children creative ways to deal with bullies. I have taught my sons to make it a game and have fun with it. If the person who is bullying you can’t upset you then they have lost the power struggle. Bullies look for power because of things that have happened to them or if they don’t feel in control of their lives.

Borland’s idea was picked for first place because of the creative ways she taught her children to cope, which was detailed in her letter but edited for space. She realized that no matter how hard parents and schools try, there is still a good chance children will be bullied. Instead of hoping it doesn’t happen, she taught them ways to deal with it and make it better. 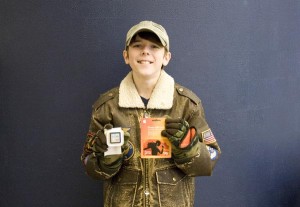 Darian Graham, of Albert Lea, won an iPod nano and a gift card for iTunes after winning second place in the Tribune’s anti-bullying idea contest. His idea included having students go to other schools to help other kids who are being bullied. -- Danielle Boss/Albert Lea Tribune

Graham’s idea was chosen because it highlighted that often students don’t feel comfortable going to an adult in their school to talk about being bullied. Graham also mentioned that he hoped the child from another school could talk with those who are being bullied or find out why other students are bullying and try to encourage them to stop. 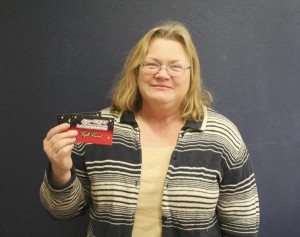 Martin’s idea was chosen because it shed light on the fact that children like listening to their peers, which could help stop bullying if their peers were educating them about it. Martin also suggested that the club could use different mediums to reach the other students like music videos or guest speakers.

These submissions were also good ideas that could possibly work to help stop bullying. They have been edited for space.

• Teach intercultural communication in junior high. It teaches understanding about people from other countries and understanding of other cultures. Teaching about different cultures would help with bullying and racism, because it helps people walk in others’ shoes.

• Stopping bullying begins with the parents setting a good example, as well as teaching the child that bullying is not acceptable. Parents need to build up positive self-esteem in their child. Then teachers, daycare providers and any adult in a child’s life need to promote self-esteem and dicourage bullying.

• Have an anonymous bullying hotline so parents or kids could call the school and leave a message anonymously. Have teachers talk with troubled students to help bullies feel better about themselves or have school uniforms to stop people from bullying people who dress differently. Have a day where all the students gather in the gym to talk about being bullied and the problems they face in life.

• Encourage kids to talk to their parents or their teachers. Tell kids to ignore bullies or ask them nicely to stop.

• Have a day at school that students must attend that would teach, among other things, why people bully, how to handle bullies, how to help others who are being bullied and how to work together. Volunteers from the community could help teach or donate food or T-shirts.

• Though bully doesn’t just happen at schools, schools should not tolerate any form of it. The school needs to make it clear to students and teachers that there is no tolerance for bullying because it can make kids hate school.

• Improving communication skills in young people so they can assert themselves in positive ways. Respect for others’ feelings will result from better communication.