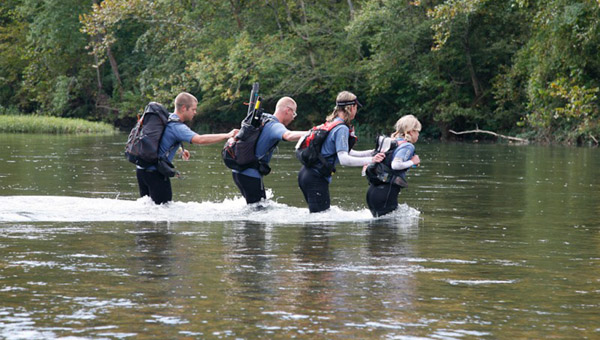 One Albert Lean is planning to trek 43 miles in a race starting Dec. 10, kayak 80 miles and bike 70 more — but his main concern is getting sand in his shoes.

Why? Because the event is in Abu Dhabi, Dubai, an adventure race Scott Erlandson and his teammates won free entry to by placing first in Checkpoint Tracker, a national adventuring racing points system, this year. 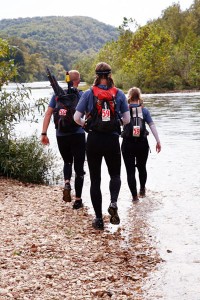 In Abu Dhabi, Erlandson’s four-person team will trek through desert, kayak in the Persian Gulf and spend a night on an island, competing against 50 teams from 19 countries for a prize of $40,000.

Erlandson’s not in it for the money, but rather the experience of a lifetime.

“It’s a nice opportunity as an amateur athlete to get to do something like this,” Erlandson said. “Just being out in the wilderness is fun.”

Adventure racing is a combination of trekking — walking and running — orienteering, mountain biking, paddling and climbing. A four-person team, commonly consisting of men and women, attempts to finish a staged race in the fastest time.

Erlandson’s team is WEDALI, or We Eat Dust And Like It, and is made up of Erlandson, Jason Nielsen, of Battle Creek, Iowa, and Justin Bakken and Molly Moilanen, of Minneapolis. The foursome have been racing together since 2004 and participate in around 12 races per year.

“They’re a fun group of people,” Erlandson said, of team WEDALI. “We all get along and get to see some cool parts of the country.”

Erlandson, 42, said his team races in four events in Minnesota annually but most are around the Midwest.

The Abu Dhabi Adventure Challenge will be the team’s first race in a desert.

“The big thing we’re trying to do is devise a way to keep sand out of shoes,” Erlandson said.

He said the team is looking at wearing gortex shoes with shoe covers, or regular shoes with neoprene covers.

“We will be testing them when we get there,” Erlandson said. “We have a couple days before the race starts.”

Team WEDALI flies to Abu Dhabi on Saturday with airfare won in the Checkpoint Tracker Series. They’ll have less than a week to prepare for the first day of the race, which begins with more than 35 miles of running, swimming, canoeing and mountain biking. 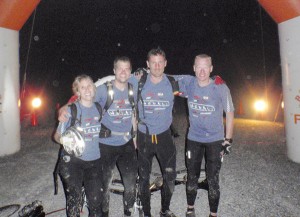 All four teammates must complete each event together, though they all possess different skill sets.

Bakken is the team’s main navigator while Nielsen is the backup navigator.

“The rest of us are just there doing what we can to help out,” Erlandson said. “We’re making sure everybody has food and water, and is getting along OK.”

Right now, though, their focus is on Dubai.

“It’s quite an opportunity,” Erlandson said. “None of us have been to that part of the world.”