The memorial service for JoAnn Grace Flugum of rural Albert Lea will be at 2 p.m. Saturday at Lunder Lutheran Church, rural Albert Lea. The Rev. Alan Gunderson will officiate. Interment will be in Hillcrest Cemetery. Visitation with her family will be one hour before the service at the church. 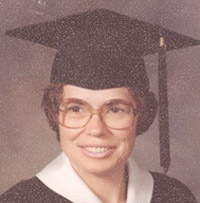 JoAnn was born July 6, 1934, in Albert Lea, to Joseph M. and Grace (Flattum) Flugum. She was baptized on Aug. 6, 1934, by the Rev. Emil Hanson and confirmed June 20, 1948, at Lunder Lutheran Church by the Rev. A. C. Korsrud. She graduated from Albert Lea Senior High School in 1965. She attended Golden West College, Huntington Beach, Calif., and received an associate arts degree from Orange Coast College in 1973, Costa Mesa, Calif., and received a certificate of achievement in dental laboratory technology from Orange Coast College in 1977. She interned at Long Beach, Calif., Veterans Hospital Lab.

JoAnn was a member of the Sons of Norway, The Valdres Somband, and the Freeborn County Genealogical Society where she served on the board and as secretary.

JoAnn enjoyed writing poetry, genealogy, arts and crafts and music. She especially enjoyed the nine years working in Yellowstone National Park where she managed a book store at Grant Village for Yellowstone Association. Here she spent much of her days off hiking in the mountains with friends Joyce Van Nida and Mr. and Mrs. Barney Warren. At home she enjoyed matching wits with a dear friend Mavis Thompson Nordaas nightly during Wheel of Fortune.

JoAnn is survived by nieces and nephews: Marilyn and (Thomas) James of Brookfield, Mo., Patricia Berry of Emmons, Delcie A. and (Peter) Jensen of Thailand, Dixcie Lindberg of Austin, Larry and (Machelle) Flugum of Albert Lea, Lyle and (Pauline) Flugum Jr. of Myrtle, David and (Kim) Flugum of Austin, Denise and (Jerry) Lee of Emmons; and many cousins.

Memorials are preferred given to Lunder Church or Peace and Power of the First Lutheran Church, Albert Lea.