Large Business of the Year 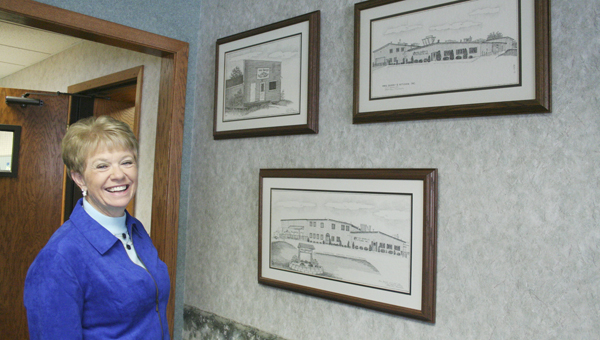 Gerry Vogt, President of Mrs. Gerry’s Kitchen, stands next to three pencil sketches of the three different facilities the company has called home over the past 37 years in Albert Lea. -- Michelle Haacke/Albert Lea Tribune

Mrs. Gerry’s Kitchen doesn’t claim that love is its secret ingredient, yet it’s no secret that the company has a love for this community.

Mrs. Gerry’s was the first company to initiate a matching funds campaign after the tornadoes this summer, which resulted in businesses and area residents stepping up to the plate to generate about $60,000 for a Salvation Army campaign. The company also participates in the annual United Way drive, Project Pink at the Albert Lea Medical Center and contributes to a number of smaller benefits, service clubs and schools each year, just to name a few. 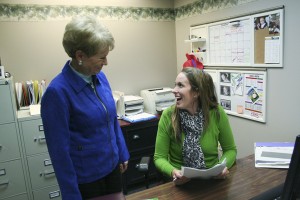 “They do those kinds of things all the time, and they’re very quiet about it,” said Kehr.

It’s this generosity, along with continued support of the local chamber of commerce, that earned Mrs. Gerry’s the Large Business of the Year award Nov. 11 at the annual Albert Lea-Freeborn County Chamber of Commerce Membership Celebration.

Coined “The Best in Salads,” Mrs. Gerry’s is one of the leading manufacturer of salads through the Upper Midwest. It offers more than 100 products covering a range of categories from salads to entrees, dips to desserts and mashed potatoes.

As the company evolved from its first 1,000-square-foot building in 1973 to its current 85,000-square-foot facility, its food offerings have evolved with people’s tastes and basic health trends. Currently, all of Mrs. Gerry’s products are free of MSG and it also offers fat-free and low-fat options along with gluten-free and preservative-free offerings. 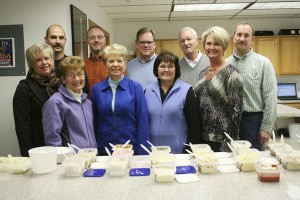 And though the company is experiencing a record year in terms of product volume, its continued success is about more than just the quality of its food.

Executives with the company, which celebrated 37 years in Albert Lea on Saturday, credit its employees for the company’s success in business and community involvement.

“Our employees are such an asset because they are one of a kind — loyal,” said President Gerry Vogt.

Mrs. Gerry’s, located at 2110 Y.H. Hanson Ave., employs nearly 150 people. More than a handful of its employees have over 20 years of service with the company.

“We’re living life and running this business with a lot of faith and trust in our employees, and it shows,” said CEO Alan Oliver.

Vogt said the management style has been an asset in employees’ longevity.

“We treat our employees the way we want to be treated,” she said. “We treat them with respect and they have a say.”

The open-management style includes meeting with every employee monthly, in a group setting, to answer questions. Managers also listen to employees and their suggestions, and often do something with those to make the suggestions a reality.

Brenda Donahe, director of sales and marketing, began working part-time with the company when she was 16 years old. While she’s followed a couple of opportunities outside of the company over the years, her career path led her back to her hometown — and Mrs. Gerry’s — seven years ago.

Donahe likes that the company is family-oriented, that people care and that the company has given her the opportunity to perform many different roles. She feels fortunate to have the opportunity to work with a company that cares about the quality of the products and the workers, and thinks others in it’s 17-state distribution area are taking notice.

“We provide quality customer service, and we’ve never gone away from that,” she said. “This makes it easier to sell products in today’s world.”