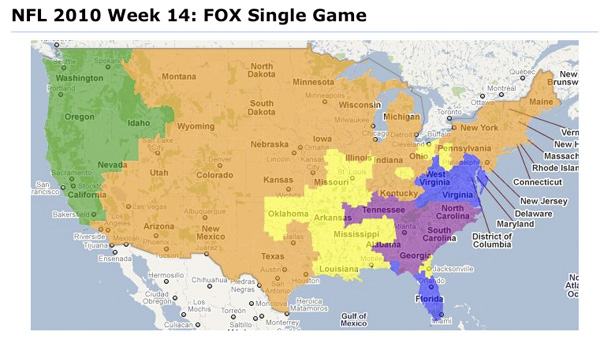 Ever watch an NFL game on a Sunday and wonder where else the game is being shown? The answer is found at a website called www.the501.com. Go there and click on NFL. You will find maps of CBS and Fox games for Sunday. It also tells users which announcers will cover the games.

For Week 14, the map indicates that most of the United States, except for the Cleveland, Cincinnati, Pittsburgh, the West Coast and most of the South, were stuck watching a fairly low-scoring and rather boring Green Bay-Detroit game. Why? The NFC Sunday afternoon games were yawners. Michael Vick played at night. — Tim Engstrom