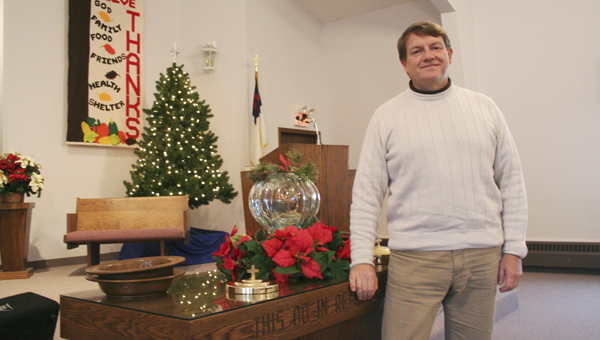 No one goes to sleep during Vern Harris’ sermons.

A stage actor at the early age of 9, Harris has carried his love of drama and theatrics into his career as a minister.

In September, Harris joined Church of Christ-Christian, 1702 SE Marshall St., and while he’s still fine-tuning some of the new programs he will bring to the church, his goal is to invoke some liveliness into the message.

Drama in worship, a five-minute introduction to the message through a dramatic reading or re-enactment, is just one of these programs. 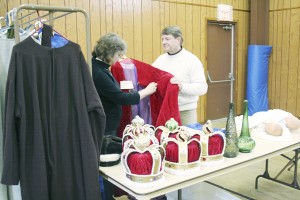 Another is adding a children’s ministry, or message for the children, which includes juggling, balloons and magic tricks.

“During these lessons, I find that older people ask more questions about the tricks than the kids,” he said.

Harris and his wife, Pamela, are also working together to add some educational classes outside the sanctuary, infusing their own personal interests like how to make custom fishing rods and jewelry.

And though he had never served at a church with a live nativity as the one the church performed last weekend, Harris certainly welcomed the opportunity to help with that.

Harris feels these added touches, along with his unique background in ministry, drama and a short venture in small business ownership with his family, helps bring a more down-to-earth connection with the members of the congregation. 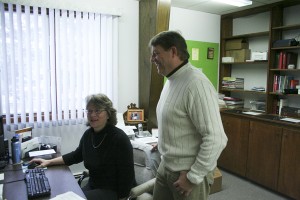 “In our world today, people need a reason to get out of their homes, to come together to make connections,” Harris said. “I find relationship building is better when you connect on a broad range of interests. Opposites attract, so finding commonality keeps you together.”

This is a philosophy that’s helped evolve Harris’ ministry since he stood at the crossroads between studying theater or the church, back at the age of 20.

After attending Minnesota Bible College in Rochester, Harris accepted his first assignment at the Staples Church of Christ in Staples. He served the Staples community for 11 years before moving to White Bear Lake, where he spent 17 years at Cornerstone Christian Church.

Harris then spent a year and a half at Watertown Christian Church in Waterton, S.D., before coming to Albert Lea this fall.

“We’ve had friends here and we love the community,” he said. “We felt strongly called to come here.”

During his career in the ministry, Harris has also been involved in local community and civic organizations, a practice he hopes to carry on here. In addition, he has also studied family counciling.

What it really all comes down to for Harris is the people of the congregation, and the community.

“I look forward to being a meaningful minister to the congregation and the community at-large.”