The funeral service for Raymond Clifford Ahlstom, of Geneva, will be held at 10:30 a.m. on Wednesday at the Community Lutheran Church in Geneva. The Rev. Carrie McElfresh will officiate. Interment will be at Geneva Cemetery. Visitation will be from 4 to 7 p.m. on Tuesday at Bonnerup Funeral Service, Albert Lea, and one hour before the service at the church. 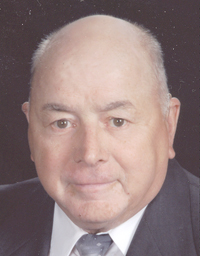 Raymond Clifford Chounard was born on Oct. 31, 1929, in Hibbing. At 5-years-old he was adopted by Harold and Theresa Ahlstrom and was raised in Geneva. He graduated from Ellendale High School in 1947 and enlisted in the Army Airforce that summer. He served as mechanic on the Berlin Air Lift flying from Munich into Berlin. He was honorably discharged in 1950. He married Jean L. Bartsch on Aug. 26, 1951. Ray had been employed at Almco where he started as a factory worker and worked his way through the Almco organization to achieve status as director of manufacturing. He retired from Almco after 36 years on Sept. 30, 1986. He invested in the new Geneva Meats in 2007 and enjoyed participating in all aspects of the operation.