Remodel the Metrodome and call it good 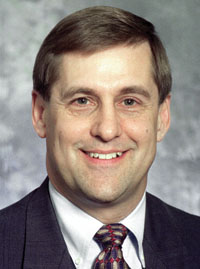 The pictures were certainly dramatic as the Teflon inflated roof of the Metrodome collapsed the morning of Dec. 19. As a result, the Vikings were forced to play the New York Giants in Detroit on Monday night. But watching the game itself was perhaps even more agonizing than seeing the deflated Dome roof. Monday night’s game epitomized the teams collapse during the 2010 season. With the Vikings 21-3 loss to the Giants, they have now been officially eliminated from the playoffs, crushing any hopes that diehard fans may still have had. Even sports writer Patrick Reusse, with three games left in the season, labeled the 2010 Vikings team as the worst in their 50-year history.

The Metropolitan Sports Facilities Commission (the public agency that owns and operates the dome) knew that the Metrodome roof needed repairs nearly a year ago. A representative from the company that made the roof (Birdair) inspected the roof, summarizing the overall condition as “good,” but concluded that the outer membrane was only in fair condition, stating that old patches were “lifting.”

As much as the Vikings owners would like to have you believe that the roof collapsing means that they need a new stadium, it isn’t true. The roof has collapsed on four previous occasions and each time the roof has been successfully repaired. While repairs weren’t be made in time for the last game of the season, hopefully the roof can be patched. If that is not the case, the rationale decision would be replacement; not justification for a new stadium.

As much as Lester Bagly, vice president of the Vikings, would like to have you believe that the roof collapse means that it’s time for a new stadium, this just isn’t true. Every year for the last 12 years, the Vikings have been at the Legislature asking for taxpayers to fund a new stadium, and every year the answer has been the same: “No.”

So why after all these years has the Legislature been so reluctant to have taxpayers bear most of the cost of a new Vikings stadium?

The reason is obvious … they don’t need one. Even though the Metrodome is almost three decades old, it isn’t a bad place to watch a football game; after all, it was designed as a football venue.

It is climate-controlled. It has private suites (although suites without the luxury of their own private bathrooms). And yes, it even has a light-rail line to deliver fans to the front door. On the down side, the Metrodome has hard plastic seats, narrow concourses, undersized bathrooms and no on-site parking. But, all in all, it’s not a bad place to take in a Sunday afternoon gridiron contest.

As for a new facility, the Vikings don’t have a site plan or a local government partner with just weeks before the start of the 2011 legislative session. Remember, the Vikings have walked away from a proposal to construct a facility in Anoka County and have thumbed their nose at proposals from the Metropolitan Sports Commission for a major renovation of the current facility.

Now, with their lease expiring in 2011, the Vikings are once again giving only hints about a proposed site, with no detail about a financing package. Mr. Bagley stated recently the Vikings hope to have a plan to present within 30 to 60 days. When Zygi Wilf purchased the team in 2005, he knew the details of the lease at the Metrodome, and he understood the finances of the team. But still the Vikings have yet to come up with a viable financing proposal for a new stadium.

It’s time for Mr. Wilf to cut the deal with the Sports Commission to remodel the Dome. Don’t get greedy, it won’t cost a half a billion dollars to improve the place even if it needs a new roof. Sure the dome needs some updating, but it doesn’t need an extreme makeover. In a recent poll, 66 percent of respondents said the Vikings should stay in the dome, and only 27 percent said they need a new stadium.

Taxpayers shouldn’t have to shell out hundreds of millions of dollars to bailout Mr. Wilf. Minnesota is facing a $6 billion budget shortfall, so funding a billionaire’s playground should not be a priority for lawmakers during the 2011 session. Remodel the dome and call it home for our football team.

Phil Krinkie, a former eight-term Republican state rep from LinoLakes who chaired the House Tax Committee for a while, is president of the Taxpayers League of Minnesota. GOP Gov. Tim Pawlenty recently appointed Krinkie to the board of the MinnesotaStateColleges and Universities (MnSCU) system. You can contact him at: philk@taxpayersleague.org