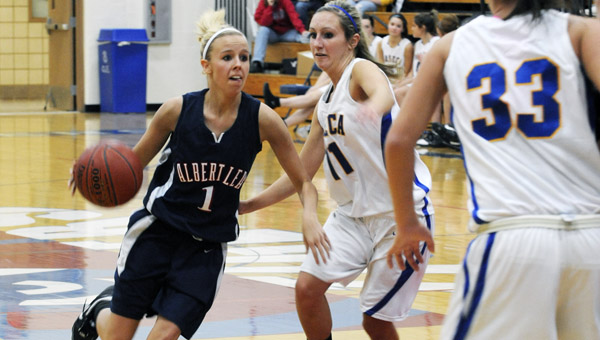 Albert Lea’s Skyler Anderson (1) drives to the basket during the second half Tuesday against Waseca. -- Andrew Dyrdal/Albert Lea Tribune

Waseca led the Albert Lea girls’ basketball team by only four points with five minutes left Tuesday, but rallied past the Tigers 69-54 with help from six-foot center Lexie Ulfers. 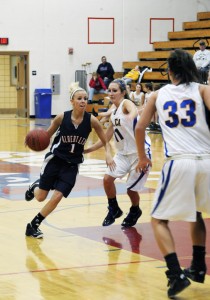 Albert Lea’s Skyler Anderson (1) drives to the basket during the second half Tuesday against Waseca. -- Andrew Dyrdal

Ulfers was too much for the Tigers (0-1, 0-0 Big Nine) in the paint, especially after its tallest player — Alyssa Sager — fouled out late in the game.

“We ran out of steam tonight,” Tigers head coach Sean Gillam said. “I’m not disappointed in our effort. We’ve got a lot of young kids who are learning together.”

Sager led the Tigers with 13 points on 3-for-19 shooting and grabbed a team-high five rebounds.