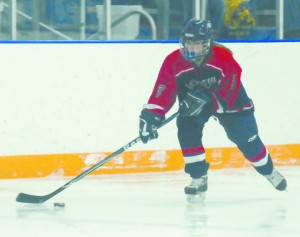 “We came out and did some nice things offensively,” Albert Lea coach Paul Willett said. “ We were able to shoot the puck more and put some pucks in the net. This game will be a good confidence boost for us moving forward.”

While Moyer had three goals, she also recorded two assists during the Tigers second consecutive win.

Sidney Conley earned her second win as she made 18 saves.

The Tigers play again at 7:30 p.m. Thursday as they host the Austin Packers at City Arena.