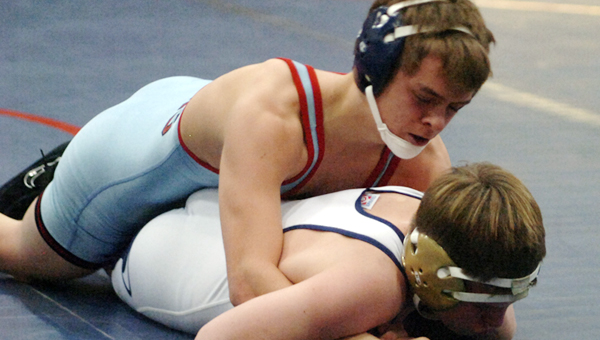 After a successful weekend, the No. 6-ranked Albert Lea Tigers wrestling team looked to keep rolling on Thursday as the Tigers hosted the Rochester Century Panthers and the Lake Mills-Northwood-Kensett Ducks in a triangular.

The Tigers made quick work of both teams as Albert Lea defeated the Panthers and Ducks to move their dual record to 5-0.

Albert Lea got off to a quick start as Beau Johnsrud, Dakota Wangsness and Bryce Hoyt all earned six points to push the Tigers out to an early 18-0 lead. 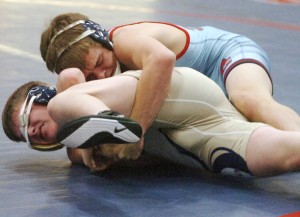 The Panthers got on the board at 125 pounds as Jake Allen earned a decision over Lucas Hansen to cut the lead to 18-3.

Albert Lea would respond as the Tigers won the next four matches to take a 37-3 lead going into the 160 pound match-up which matched two ranked wrestler against each other.

After a 2-2 tie after the first period, Hansen four points in the second period and earned a 6-3 decision over Zastrow.

After that, the Tigers went on to win two out of the next four weights to cruise past Rochester Century 52-12.

“We had a great team effort,” Albert Lea coach Larry Goodnature said of the match.

In their second match, the Tigers hosted the Lake Mills-Northwood-Kensett Ducks.

“It’s kind of fun wrestling Lake Mills-Northwood-Kensett,” Goodnature said. ” They are a little south of here and we haven’t wrestled them in a while.”

Again, The Tigers got off to a quick start as Johnsrud and Wangsness both earned wins to push Albert Lea out to an early 9-0 lead.

“In dual meets, pins are big. they are like a grand slam,” Goodnature said. “And we had four falls to their two falls.”

The Tigers are back in action on Saturday as they host Kasson-Mantorville and Waseca at Albert Lea High school starting at 10 a.m.