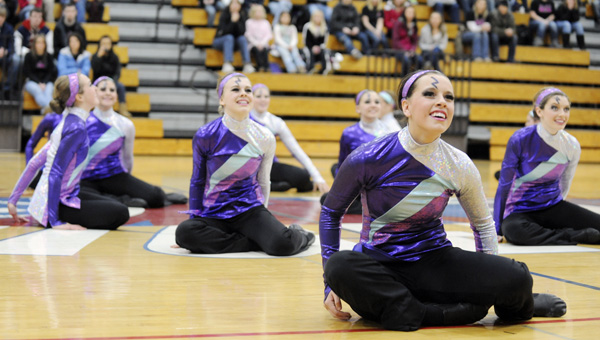 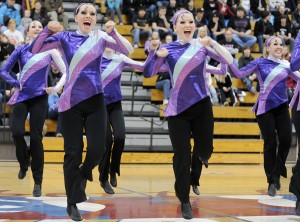 Albert Lea dance team members smile while performing moves to “Harry Potter” during their high kick routine. The Tigers placed fourth overall but improved their score to the best over the past four seasons. -- Andrew Dyrdal/Albert Lea Tribune

“Albert Lea definitely gave their best performance of the season,” Tigers head coach Allison Ciota said. “It was really amazing to see our own high school gym packed with over 1,200 dance team fans.”

The Tigers high kick routine placed fourth and jazz fifth in the competition.

Ciota said the jazz routine stood out from others years with more ballet skills and allegretto.

While the Tigers placed fourth for the fourth consecutive year, their score was the highest it’s been during that span.

“The Big Nine is very competitive,” Ciota said. “The point totals were so close that it sometimes came down to two or three points for the final placements.”

The Tigers will also host the Section 1AAA competition at Albert Lea High School on Feb. 12. The top three teams in high kick and jazz will advance to the state tournament.