Byron L. Buley, 81, of Le Sueur, formerly of Redwood Falls, died on Thursday, Jan. 27, 2011, at the Gardenview Nursing Home in Le Sueur. Funeral services will be at 11 a.m. Thursday at First Lutheran Church in Le Sueur. Visitation will be one hour prior to the service at the church on Thursday morning. The Rev. Carl Bruihler will officiate the services. Interment, with military honors, will be May 21, 2011, at 2 p.m. at Oakland Lutheran Church Cemetery near Albert Lea. 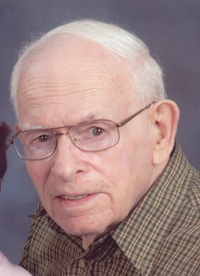 Byron was born on May 24, 1929, to Byron & Tish (Leighty) Buley in Albert Lea. He grew up in the Hollandale area and graduated from Albert Lea High School. He married Elaine Knutson on Nov. 6, 1949, in Waukon, Iowa. He attended the University of Minnesota on a Naval R.O.T.C. Scholarship and graduated with an economics degree in 1952. Serving in the United States Navy for five years he attained the rank of Lt. Sr. Grade. After discharge, the couple returned to Hollandale, later moved to Waseca and then to Redwood Falls. There, Byron taught construction trades at the secondary Level for many years — it was his favorite of many jobs. They moved to Le Sueur in 2007.

He was preceded in death by his daughter, Jan Greening, and sister-in-law, Jan Buley.

Preferred memorials are the Le Sueur Food Shelf and the Salvation Army of Le Sueur County.