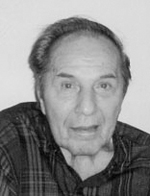 He was born Aug. 18, 1935, in Somerset Township, the son of Ludwig and Marie (Pump) Schultz. He attended country school and moved with his family to Albert Lea where he attended high school. He entered the United States Marine Corps in 1955 earning the rank of Corporal until his honorable discharge in 1958. He married Eileen Wanous in 1959 and in their union they had three children. They farmed in Litomysl and he also worked at Josten’s. In 1960, he worked for Truth until 1969 when he was diagnosed with Multiple Sclerosis, yet continued to help on the farm. In 1992, he moved to West Des Moines, Iowa, with Denise Brostad and they were married in 2001.

He was preceded in death by his parents: grandson, Mark Schultz; a sister, Elouise Larson; and four brothers: Ervin, Lester, Laverne and Leroy.