Funeral services for James “Jim” Michna, of Albert Lea, will be held at 2 p.m. Friday at the First Baptist Church, Albert Lea. The Rev. Clayton Balsley will officiate. Interment will be at Graceland Cemetery. Visitation will be from 4 to 7 p.m. Thursday at the Bonnerup Funeral Service, Albert Lea and one hour before the service at the church. Military honors will be accorded by the Albert Lea Area Veterans Organizations. Jim died on Sunday, Jan. 2, 2011, at St. John’s Lutheran Home Albert Lea. Jim got the most out of life despite his disabilities in his later years. Jim was 76. 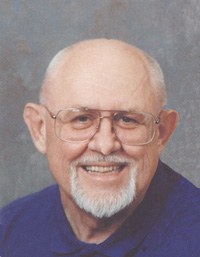 James Thompson Michna was born on May 19, 1934, in Racine, Wis., the son of Clarence and Mildred “Billie” (Thompson) Michna. As a boy and young man, Jim spent many hours exploring the world of southern Wisconsin with his best friend, Glenn Hubbard.

Jim graduated from Horlick High School in Racine in 1952. Jim’s love of books encouraged his to seek a career in library science. After a two-year stint in the Army and Naval Reserves, he entered the University of Wisconsin in Madison under the G.I. Bill. Here he eventually earned his master’s degree in library science. His first job took him to Battle Creek, Mich.; from there he went to the University Center in Green Bay, Wis. From Green Bay he accepted a position as reference librarian at UW Madison. In 1968 he applied for and got the position of director of Colman Library of Rockford College in Rockford, Ill. He remained at Rockford College until his retirement in 1998. While in Green Bay he became an avid Packers fan during the “Lombardi Years.” Later on he watched Bret Favre begin as a fledgling quarterback to become one of the greatest QB’s of all times, but declared him a “traitor” when he went to the Vikings.

In May of 1984 Jim entered treatment for alcoholism, and on May 11 turned his life and will over to the care of God. He has remained sober ever since. He was an active member of AA until he was no longer able to attend meetings. He was forever grateful that God could do for him what he could not do for himself. Jim was a member of First Baptist Church in Albert Lea since 2001 and had a great love for God.

Jim married Margaret (Peggy) Lewis nee Miller on Sept. 13, 1986. He and Peg took a memorable three-week trip in 1990 visiting relatives and many of our nation’s National Parks. He and Peg enjoyed B&B’s while taking long tandem bicycle trips in Wisconsin. They spent many enjoyable summers at Yukon Trails Campground in Wisconsin where grandson Andrew Lewis would join them to create many happy memories.

Jim enjoyed classical music; however, Peg introduced Jim to the music of Buddy Holly and Neil Diamond, of which he became a great fan. Jim also loved to go shopping with Peg and always encouraged her to buy “something nice” for his “Peggy-Poo”. One New Year’s he told her “Why don’t you take your Marshall Field’s card and go shopping, I’m going to be watching football all day.” Now, how many men would ever do that? Jim was a gem ­– except when it came to buying her a fur coat. He absolutely refused! Jim had a wry sense of humor, which could sneak up on you without warning.

Jim was also wellknown for his love of chocolate in any form, his favorite meal being a “hamburger and chocolate malt.” He could never turn down chocolate candy, Hershey’s Special Dark Chocolate being his chocolate of choice. He would ask any stranger he met if they had any chocolate he could have.

In his later years, Jim spent numerous hours watching his favorite DVD movies, some of which include “Planes, Trains and Automobiles,” “Little Big Man” and “Chariots of Fire.” Jim loved animals and always had dogs, cats or both. He was especially fond of his Shelties, Dunstun and Diggity. Jim was always good for a hug; friends would go out of their way to get a big “bear hug” from him. Jim was a real “softy” both in size and in spirit. Jim will be missed by all who knew him. He was a good man.