The memorial service for Jaris L. Smith of Albert Lea, will be at 11 a.m. Wednesday at the United Methodist Church, Albert Lea. The Rev. Tom Biatek will officiate. Interment will be later in Graceland Cemetery. Visitation will be from 6 to 8 p.m. Tuesday at Bonnerup Funeral Service, Albert Lea, and one hour before the service at the church. Memorials in lieu of flowers are preferred to the United Methodist Church or the Freeborn County Humane Society. 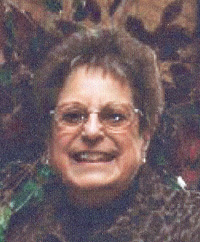 Jaris was born June 13, 1939, in Valley City, N.D., to James A. and Doris (Evans) Kelly. She graduated from Glencoe High School, Glencoe, and Northwestern Hospital school of nursing. She married Arthur W. Smith Jr. on Sept. 16, 1961, at Glencoe. She has lived in Valley City, N.D., Dassel, Glencoe, Minneapolis, Charleston, S.C., Norfolk, Vir., Great Lakes, Ill., and since July 1, 1966, Albert Lea. Jaris was a member of the United Methodist Church and was active in the church choir and also played the piano for the choir. She played the church hand bells. Jaris was a member of the United Methodist Church Women and was a member of the staff parish committee. Jaris was a registered certified nurse. She worked for Freeborn County Public Health, Good Samaritan Center and Planned Parenthood. She also worked for Addies Floral. Jaris was a 4H leader, Brownie and Girl Scout leader. She belonged to the Home Extension group and Civic Music. Jaris enjoyed watching sports. She especially enjoyed watching her son Jim coach the Glenville High School football team. She enjoyed volunteering for the Humane Society, and was a quilting member of the Boarder Babes Quilting group.

Jaris is survived by her husband, Arthur W. Smith, of Albert Lea; daughter, Sandra K. Smith Zinn and her husband, Jeff, of Roseville; son, James A. Smith of Glenville and his fiancée, Amanda Brech, of Glenville; grandson, Aidan Zinn; sister, Mary Jo Kelly of Okinawa, Japan; many nieces and nephews.

Jaris is preceded in death by her parents: James A. and Doris Kelly; cousins: Evan Hanson and Robert Anderson.

Jaris was a caring, loving wife, mother and friend who will be missed, but is now free of suffering.