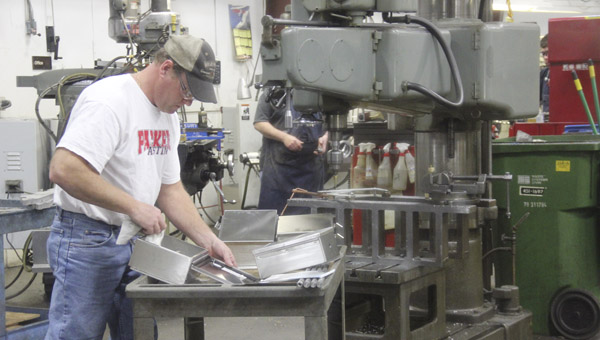 HAYWARD — It’s been nearly 40 years since Lou-Rich was founded in Hayward.

And while the company has expanded into four different facilities and hundreds of employees during this time, Lou-Rich Plant Supervisor Galen Berg said management strives to keep the small business atmosphere.

Just take a walk through the Hayward facility, which employs about 35 people, and this down-home, friendly atmosphere is apparent. Everyone knows everyone by first name, and stop to greet each other and lend a helping hand where needed. 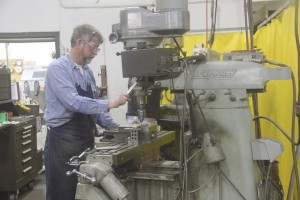 In fact, several family members of the company’s founders continue to work at the facilities in Hayward and Albert Lea.

Lou-Rich Machine Tool was founded by Louis Larson and Richard Ackland in Hayward in 1972.

According to Berg, the Hayward facility originally built die-casts for John Deere and “fix-it shop type stuff” around the area.

The company expanded operations into the Albert Lea facility, where it established its headquarters, in 1990.

“We were running out of space and wanted to grow,” said Berg.

The name was changed to Lou-Rich, Inc. in 1993. It continued to grow and opened the assembly facility on Y.H. Hanson Avenue in Albert Lea in 2006.

In all, Lou-Rich now employs about 350 people.

The company provides assembly contract engineering and manufacturing solutions to a number of companies across the nation, including Hormel and Hormel subsidiaries. Its capabilities include engineering, sourcing, manufacturing, welding, painting and assembly production.

Berg said the local crews will take a product from an idea, brainstorm it into a rough design, implement that into prints and eventually turn a simple idea into the parts needed, right there in the Hayward and Albert Lea facilities.

The Hayward site designs and builds automation equipment for Hormel and Hormel subsidiaries only. The Albert Lea facilities, he said, make equipment for several other companies in the fields of agriculture, construction, food service, medicine and industry.

Berg sees Lou-Rich as a company that will continue to grow and prosper for many years to come, thanks in part to its ongoing 20-year partnership with Hormel.

“Hormel invests in their company,” said Berg. “They come to us with problems, for solutions.”

“Our equipment improves the processes in their plants,” he continued. “Streamlining to make production faster and make machines safer.”

Sixteen of the 35 staffers at the Lou-Rich site in Hayward are Hormel engineers. Employees from the Hayward site often travel with new equipment to help install it at Hormel plants across the United States.

Knockin’ around with Bruiser