The funeral service for Luverne “Swede” Wayne, of Geneva, will be held at 10:30 a.m. Friday at the Community Lutheran Church in Geneva. The Rev. Carrie McElfresh will officiate. Interment will be in Geneva Cemetery. Visitation will be from 4 to 7 p.m. Thursday at Bonnerup Funeral Service, Albert Lea, and one hour before the service at the church. 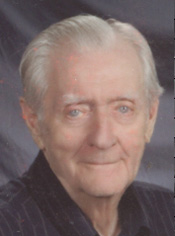 He graduated from Ellendale High School. He married Zola I. Randall on Dec. 27, 1947, at the Ellendale United Methodist Church. A lifetime area farmer, Swede had also been a Farmers Mutual insurance agent and director for more than 13 years and also had served on the board of directors for Geneva State Bank for more than 20 years where he had held positions as president and vice president. He was a member of the Geneva Community Lutheran Church.

Swede loved farming and continued helping the Wayne family from Ellendale after his retirement. He was an avid sports enthusiast, having played fast pitch softball and was honored as a Freeborn County Softball Hall of Fame inductee.

His family fishing vacations to northern Minnesota and Canada were among his favorites. Getting together with his buddies for coffee at the Geneva Deli and playing a good game of cards were favorite pastimes for Swede.