Reps. Walz, Giffords ‘had much in common’

Before returning to their home districts last Friday, U.S. Reps. Tim Walz of Minnesota and Gabrielle Giffords of Arizona participated in the same steering and policy meeting at the Capitol. 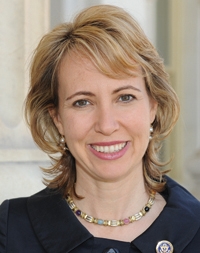 Starting in the U.S. House of Representatives at the same time in 2006, the two representatives had attended weekly meetings together since they were freshmen lawmakers.

“We had much in common,” said Walz during a phone interview on Tuesday. “Our political ideologies were very similar, and I admired the way she conducted herself. She was in a competitive district where she listened to her constituents.”

That’s why when he heard the news that Giffords was shot Saturday in what was an alleged rampage that killed six and injured 14 outside a Tucson, Ariz., supermarket, Walz said he was devastated.

Giffords had set up a booth to hear the concerns of constituents, just as Walz and elected officials often do.

“It did not seem real,” Walz said.

While the incident has been marked as a national tragedy, he said it has had a personal effect on him as well.

But he hopes this tragedy will not have a chilling effect on the role of being a representative.

He said Giffords understood that the most important part of being a representative is standing up in front of people who disagree with you and earnestly working to understand why they disagree.

“We can never allow access of constituents to express opinions freely be compromised,” Walz added. “People need to be able to easily access me, whether it’s to agree or to disagree, they need to feel totally comfortable.”

He said he and his staff discuss security and safety considerations yearly for himself, his family, his staff and his constituents — including everything from fire drills to what to do if a suspicious package comes in the mail.

He wants to make sure the passionate town hall meetings that have been held on the health care debate, for example, are never infringed on.

Albert Lea Mayor Vern Rasmussen said the city has a plan in place in case something were to escalate during Albert Lea City Council meetings. 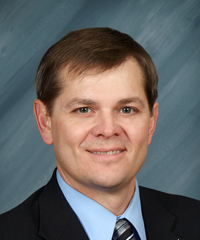 Rasmussen said council members occasionally review the plan to make sure they and Albert Lea police officers are on the same page.

Albert Lea Police Chief Dwaine Winkels said officers and the council reviewed the plan about a month ago after hearing about the gunman who walked into a school board meeting in Florida, opened fire and then shot himself.

He said the biggest thing people can do is protect themselves, either by getting down to the ground or getting out of the room. He did not recommend tackling a gunman unless you’re trained to do so.

Ultimately, Winkels said, people need to ask why people take actions like the man did in Tucson. In the Arizona instance, he noted, it appeared to be a psychological motive at play.

Winkels said while the city has had some threats from people in the past there has not been anything serious. Most have been verbal assaults or disorderly conduct.

“But it could happen anywhere,” he said. “You never know how seriously someone’s going to take offense to something a city worker does.”

In 2005, an Albert Lea officer began serving as the sergeant-at-arms for the twice-a-month City Council meetings. The reasons for the police presence were threats to public employees and people being disorderly.

He said the police presence has curbed these incidents.

Despite no major problems, Rasmussen said leaders cannot be complacent.

Rasmussen noted that the shooting in Arizona didn’t make him afraid that something like that could happen here, but it did make him concerned.

Unlike the City Council, Freeborn County does not have a sergeant-at-arms at the Board of Commissioner meetings.

Sheriff Bob Kindler, who generally attends the commissioner meetings, is not aware of any action plan the county has in place with regard to protecting elected officials at county meetings.

He said if an incident were to occur during his presence, he would take the proper action, depending upon the situation and the nature of the threat.

Kindler said the incident in Tucson gives them cause to review what an action plan would be, which is something he would discuss with commissioners privately for their own safety.