Sheriff: No indication of foul play 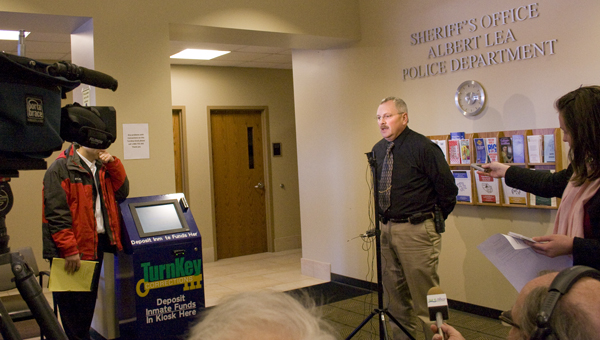 Freeborn County Sheriff Bob Kindler answers questions from the media Wednesday during a press conference about the deaths of two people that are under investigation. --Sarah Stultz/Albert Lea Tribune

Freeborn County Sheriff Bob Kindler confirmed Wednesday there does not appear to be any indication of foul play in the deaths of two women, whose bodies were found Tuesday in a home in Newry Township.

During a news conference Wednesday afternoon at the Freeborn County Law Enforcement Center, Kindler said there were no signs of a break-in or any signs of trauma at the house, 88793 320th St., in rural Blooming Prairie. Authorities are not looking for any suspects. 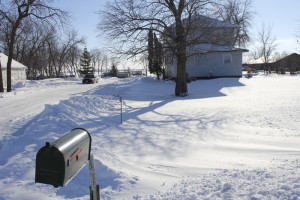 The fire departments that responded to the house also found no indication of deathly carbon monoxide levels, but carbon monoxide poisoning has not been ruled out, Kindler said. He did not state how long the women had been dead.

Kindler said more answers are expected to come when the results of autopsies are completed by the Ramsey County Medical Examiner’s Office, which could take up to three days.

He did not release the names or ages of the women who died, or their relationship to each other. He said they were found on two different levels of the house but would not answer what rooms they were found in.

He did not want to speculate about drug use or the possibility of a murder-suicide.

Kindler said the circumstances surrounding the death are classified as “unusual” because there were no obvious signs as to the cause or manner of death.

“I have never experienced anything like this,” he said, noting that it was “not necessarily suspicious but unusual.”

Authorities were called to the house at about 10:30 a.m. Tuesday after receiving a call that one of the women had not been to work for the second day in a row. She was last seen at work on Friday.

A family member who lived next door to the house — literally across the driveway — helped authorities get into the house. Kindler did not comment on how this person was related to the two women, but did note it was “not necessarily strange” that this person did not know of the deaths.

He said the Sheriff’s Office has secured the house, though he is not classifying it as a crime scene.

The Minnesota Bureau of Criminal Apprehension has been consulted because of the unusual circumstances in the case, but the agency has not responded to the scene.