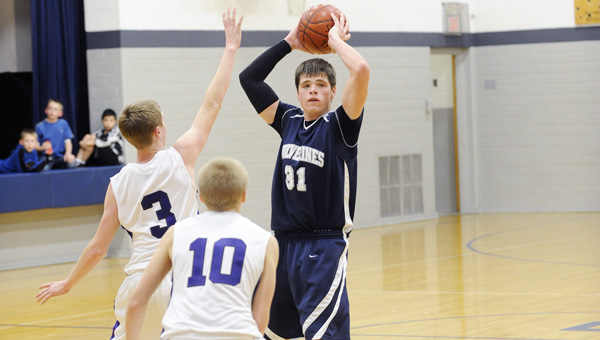 GLENVILLE — The Glenville-Emmons Wolverines boys’ basketball team made nine first-half 3-pointers Tuesday and cruised to a 87-58 win over the Grand Meadow Superlarks in Glenville.

The Wolverines added two more 3-pointers but were outscored in the second half 34-32. 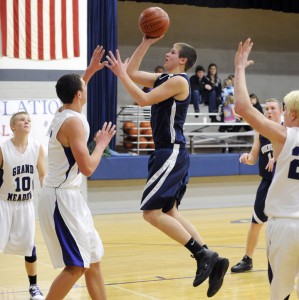 Glenville-Emmons’ Andrew Lau rises up for a shot Tuesday late in the first half against Grand Meadow in Glenville. Lau finished with 25 points as the Wolverines routed Grand Meadow 87-58 with 11 made 3-pointers. -- Andrew Dyrdal

The Wolverines went into the game allowing a state-best 35.9 points per game. They were also 15th in the state in points scored at 70.9 per game.

Andrew Lau led the Wolverines with 25 points and Tyler Woodside had 16 points and nine rebounds.

The Southeast Conference-leading Wolverines host Immanuel Lutheran at 7:15 p.m. Thursday and travel to Lanesboro (5-2, 4-1) Friday in showdown on the league’s top two teams.