A 22-year-old Albert Lea man pleaded guilty in Freeborn County District Court Monday to knowingly voting in the Nov. 2 general election, even though he had a felony conviction that made him ineligible to vote. 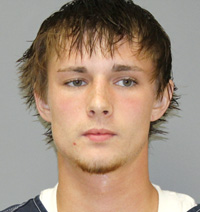 According to the plea petition, Avery entered the plea with the understanding that the Freeborn County Attorney’s Office would not recommend any actual time in jail as part of the sentence.

The agreement also recommended he be sentenced to probation, which would run concurrent to a probationary sentence he’s already serving for one felony charge of fifth-degree drug possession.

According to court documents, Avery was convicted of the drug charge in July of 2010. He is on supervised probation for this charge through March 2, 2014.

In the current case, Avery reportedly voted at the Albert Lea City Hall polling place, though he reportedly signed probation agreements with the Minnesota Department of Corrections stating he was not allowed to do so until his civil rights are restored.

Avery also reportedly signed a Minnesota voter registration application Nov. 2, 2010, that also asks voters to certify that they are eligible to vote. It contained an advisory that felons cannot vote.

He acknowledged that he had signed the probation agreement and the voter registration and that he should have read the documents, according to court records.