Memorial services for Douglas James Andersen of Albert Lea will be held at 2 p.m. Friday at the Bonnerup Funeral Service in Albert Lea. The Rev. Curtis Zieske will officiate. Friends may visit with the family one hour prior to the service. 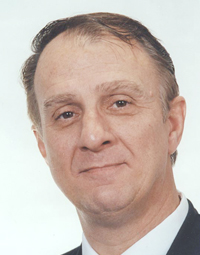 Doug was born July 8, 1946, in Grosse Point Farms, Mich., the son of E. Douglas and Patricia (Pidgin) Andersen. He attended public school in Fordville, N.D. On Aug. 25, 1967, he was united in marriage to Linda Hippe in Rib Lake, Wis. In 1968 they moved to Albert Lea where Doug was employed by Wilson & Co. After the plant closing he was employed by Streaters and most recently by Cummins Filtration in Lake Mills, Iowa.

Doug loved to go hunting and fishing and spend time in his boat.

Doug was preceded in death by his parents.