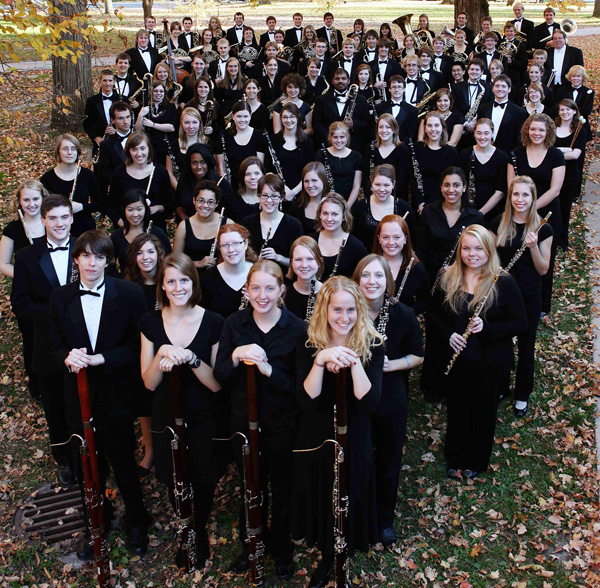 The Norseman Band of St. Olaf College, conducted by Paul Niemisto, will present a symphonic band concert at the Marion Ross Performing Arts Center in Albert Lea at 3 p.m., Sunday, March 13. Admission to the concert is free. Donations will be collected.

The band is one of two symphonic bands at St. Olaf College in Northfield and has developed a reputation in recent years as a dynamic and exciting concert ensemble. The 95-piece ensemble performs regularly on the Northfield campus and has toured each spring to regional locations in Minnesota, Iowa, Wisconsin, Illinois and Michigan, as well as to Canada. In a normal academic year, the Norseman Band will present about five concert programs, often featuring student soloists, conductors and composers.

The music for this concert focuses on traditional band music and is geared especially to listeners who remember town band concerts of the bygone era. In observation of the 150th anniversary of the American Civil War, some of the program will look back to the music of that time. A major work being performed is the wind band symphony “Gloriosa” by Japanese composer Yasuhido Ito, which commemorates early Christians in Japan. The program is rounded out by such classics as the “American Overture for Band” by Jenkins, “Jericho” by Morton Gould and the circus march “Entry of the Gladiators” by Fucik.

Niemisto, conductor of the Norseman Band is associate professor of music at St. Olaf College, where he also teaches low brass instruments, brass ensembles and courses in music education.

For further information about the concert, contact Niemisto at 507-763-3186 or niemisto@stolaf.edu.