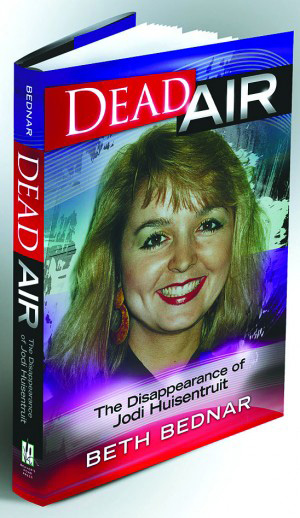 Beth Bednar’s book will be out at the end of April. -- Submitted photo

The book, “Dead Air: The Disappearance of Jodi Huisentruit,” is being released at the end of April.

Bednar, who was at southern Minnesota-based KAAL for nearly 20 years, left in 1994, the year before Huisentruit disappeared. She now lives in the Twin Cities.

However, while she was at KAAL Bednar met Huisentruit because the two women worked at TV stations in the same market.

“My heart went out to her and her family when she disappeared,” said Bednar, who is now a professional speaker and seminar trainer. “I always wondered what happened to her.”

Bednar also said she took a personal interest in the case because as a former TV anchorwoman “I’ve walked in her shoes” and felt the fear of of working late at night or in the pre-dawn hours.

“There are a lot of theories out there” regarding her disappearance, Badnar said.

Although she said her book doesn’t “pretend to answer what happened to her,” she said she strongly believes it was someone Huisentruit knew — or had at least met — who was responsible for her disappearance.

“Someone still harbors the truth about what really happened,” Bednar said. “This case still haunts the entire TV industry as well as her family and friends, and someone needs to stand up for Jodi and her story.”

“Dead Air” is being published by Beaver Pond Press, a self-publishing company from Edina.

A portion of the proceeds from the book will be donated to three foundations honoring Huisentruit’s memory.