In 2003, Mike Merten enjoyed the pristine environment of the Rocky Mountains during a camping and hiking trip in Montana that offered rivers and streams full of trout.

Later that summer, Merten, a local farmer, rented farmland along the Cedar River in Mower County and, while inspecting the property, spotted a stretch of the river that looked somewhat like a waterway in Montana. The Cedar River, however, didn’t offer anything for him to catch except a bunch of algae. 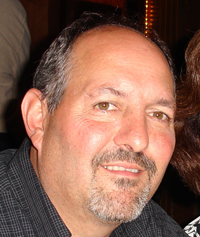 Many years ago, someone probably could have caught fish in that spot if everyone had taken better care of the river, Merten said. But maybe there’s still a possibility for that in the future, he added, with the Cedar River Watershed District helping to make that happen.

On Wednesday night, Merten, 53, joined the Cedar River Watershed District’s Board of Managers for his first meeting since being appointed on April 12 to a three-year term by the Mower County Board. He replaces Dan Regner, who did not seek appointment to another term, and serves as one of Mower County’s four representatives on the seven-member CRWD board.

Mower County has a large majority of the 278,540 acres that make up the Cedar River Watershed District. Dodge, Steele and Freeborn counties also have sections of land that are part of it.

State and local officials formed the CRWD in April 2007 in response to the Cedar River watershed’s top worst-known floods that occurred in 2000 and 2004.

The CRWD is in a position to affect the livelihood of everyone living in the watershed, Merten said, noting that “we all have an interest in clean water for drinking and recreation.” The CRWD’s top goals involve reducing flooding and improving water quality.

“I hope to help accomplish these goals without placing burdensome regulations and bureaucracy to residents of the watershed,” he said.

Merten, who grew up on his family farm just southwest of Austin, moved into the city of Austin last summer but continues to work as a farmer as well as seed sales representative. He sought the open CRWD board spot because he believes there needs to be strong agricultural representation on the board due to the large number of acres of cultivated cropland in the watershed.

One of Merten’s goals as a CRWD manager will involve working to increase the amount of educating the board does during the discussion or proposal of projects.