Memorial services for Dean Alan Slavick, 56, of Alden will be held at 4 p.m. Thursday at Bayview/Freeborn Funeral Chapel. Visitation will be one hour prior to the service. A lunch/benefit will be at the Alden American Legion following the service. To sign the guest book, go to www.bayviewfuneral.com. 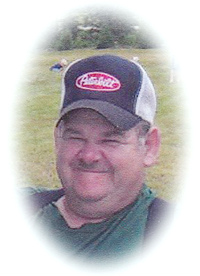 Dean died Monday, April 25, 2011, at his home surrounded by his family and friends.

Dean Alan Slavick was born on May 26, 1954, to William and Marion (McHenry) Slavick in Bismarck, N.D. He grew up in Judson, N.D., and went to school in New Salem, N.D. Dean’s passions were truck driving, restoring Ford pickups, trucks and old tractors and tinkering in his shop. He was a member of Owner/Operator Independent Driver’s Association.

Dean was preceded in death by his mother and step-father, Marion and Ray Holle; aunt, Suzie Magilke; and cousin, Randy Magilke.