Geared up to grow 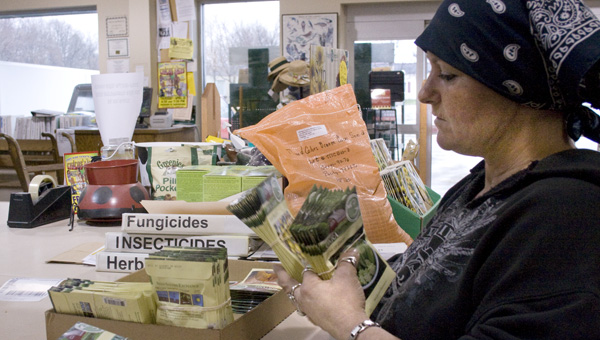 With less than two weeks to go until the beginning of May, first-time and seasoned vegetable gardeners alike are gearing up for the growing season.

Tom Theesefeld, garden center manager at Albert Lea Seed House, said the store is beginning to see its annual increase in customers, who are eager to get their hands out into the soil, after what has seemed like a long winter. 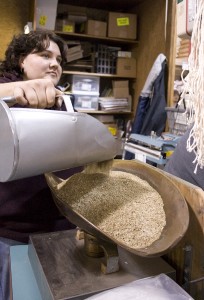 Kim Herfindahl measures grass seed Friday at Albert Lea Seed House to put on the shelves at the store. The store is beginning to see its annual influx of customers who are eager for the growing season. -- Sarah Stultz/Albert Lea Tribune

The busy season usually starts toward the end of March, but with the colder weather this year, that has been pushed back a few weeks later.

Farmers come in first planning for their season, followed by the regular gardeners.

Theesefeld said people can begin planting vegetables like potatoes and peas, but it won’t do any good to plant things like tomatoes yet because of the weather.

Those should wait until probably the middle of May, after the last frost of the season.

He encouraged people to plan ahead before beginning a garden to have the most success.

He said people should make sure they have enough time for a garden and figure out what they are planting — how much space the plants need, what they’ll be good next to, and what diseases they’re prone to.

“Grow the stuff you like and enjoy,” Theesefeld said. “And then grow a little extra for your neighbors.”

With the nature of the economy, along with the vitality efforts that have been taking place in Albert Lea, he said more and more people are going to be planting gardens this year. There’s also a lot of grandparents coming into the store who want to plant a garden with their grandchildren. 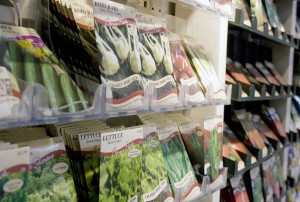 At Albert Lea Seed House, seed potatoes and onion sets line the front of the wall to one side of the entrance, while there are hundreds of packets of seeds inside awaiting use.

Theesefeld noted the greenhouse at the business will open at the end of this week, about a week later than normal.

Once the growing season begins, he said the business usually receives a lot or calls for tips, and people come in with questions. He encouraged people to try to discover answers early on to any problems that may arise, noting that if problems can be resolved early, a lot of times any chemicals can be avoided.

Theesefeld said the flower season will begin around the same time that vegetable plants can be planted, unless there are hardy flowers that can withstand more dramatic changes in temperatures.

People are also busy sprucing up their lawns and updating their landscaping.

Albert Lea Seed House staff packed up grass seed into bags for the shelves of the store Friday afternoon.