Funeral services for George William Wrolson, 79, of Albert Lea, will be held at 2 p.m. Friday at Trinity Lutheran Church. The Rev. Curtis Zieske will officiate. Interment will be at Lakewood Cemetery with military honors accorded by area veteran’s organizations. Visitation will be one hour prior to the service at the church. To sign the guest book, go to www.bayviewfuneral.com 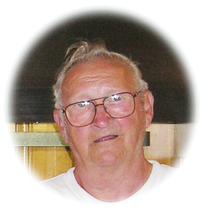 George William Wrolson was born on Feb. 22, 1932, to Wrol and Louise Wrolson near Carson, N.D. He served four years in the United States Air Force as an aircraft electrician with an honorable discharge Oct. 7, 1955. He was united in marriage to Julie Gunderson on Oct. 6, 1956. George worked in the automotive industry, and retail in both sales and management positions. After retiring he found his perfect job as a greeter at WalMart in Albert Lea. There he was paid to speak to everyone who walked through the door. This he loved very much and was known as the “Hi-Man.” George was most happy on his mower and took great care to keep his lawn looking good. He enjoyed watching Nascar races and keeping the local birds well fed. He loved playing with his grandchildren and great- grandchildren. George and family enjoyed many car trips to California, Branson, Mo., and recently to South Dakota. George was loved by his family and will be dearly missed.

George’s family would like to give a special thank you to the staff at St. Lucas Care Center and Hospice of Faribault.