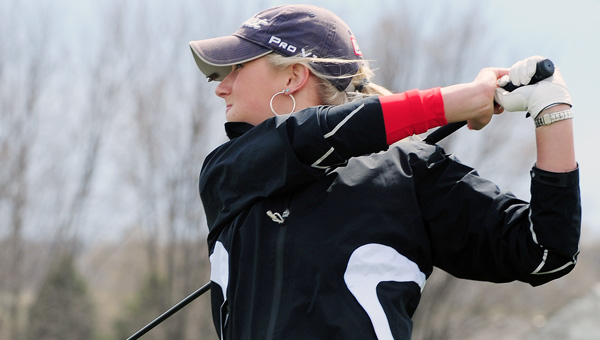 Megan Pulley and Morgan Field led the Tigers out of the mess and to close wins over Winona and Rochester John Marshall.

“We had a nasty day for golf,” Tigers coach Shawn Riebe said. “Wedgewood becomes a difficult 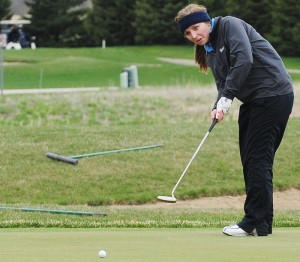 course when the wind blows and it showed today.”

The Tigers and Winhakws were tied with three of four scores counted until Paige Brick finished with a 102 and lifted the Tigers to a three-stroke victory.

Riebe said after beating Winona and John Marshall easily last week, the team was confident they would win on their home course. Still, they needed every stroke.

“Megan Pulley, who has been our No. 1 golfer this season, struggled a little today with her ball striking and putting,” Riebe said. “She is usually the one we count on to put us out front by 10 to 15 strokes. But she just struggled to keep the big numbers away.”

Pulley finished third overall with a 95 and Field finished fourth with a 96.

“She is on track now this year and I really look for her to keep shooting lower scores,” Riebe said, of Field. “She has really anchored the No. 2 spot well.”