Howard E. Edwin, 89, a resident of Colorado Springs, Colo., since 1952 passed away on Wednesday, April 20, 2011, at a local hospital. He was a retired watchmaker and photographic equipment repair specialist. 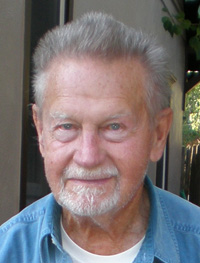 Howard Eugene Edwin was born on Nov. 3, 1921, in Norman, Iowa, to the late Henry “Hank” and Emma (Solum) Edwin. He served his country honorably in the Army during World War II.

He married Jane Belden Armstrong on April 14, 1960, in Colorado Springs and worked for the U.S. Civil Service until his retirement.

He enjoyed bicycling, skiing, and getting a good bargain. He could fix almost anything. Howard will be best remembered for his wonderful way with children and his special corn chowder. He loved the sunshine of Colorado.

He is survived by his loving wife, Jane, and their three children: Steve Edwin (and his partner Jatinder Singh) of New York, Tim Edwin of Kamuela, Hawaii, and Karen Pappalardo (and her husband, Frankie) of Oroville, Calif. He has two wonderful grandchildren: Gaetanno and Nakoa. He is also survived by his two sisters: Marlyss Johnson (and her husband, Sid) and Janice Dempewolf; and by his brother, Donald Edwin (and his wife, Fern) all of Albert Lea.

A memorial service will be held at 11 a.m. on Wednesday at Redeemer Lutheran Church, 2226 N. Corona St. in Colorado Springs. Memorials in Howard’s name may be made to Goodwill Industries, 2320 W. Colorado Avenue, Colorado Springs, Colorado 80904. A reception will follow the services at the Church.