Funeral service for Jeremy Conrad Cornick will be held at 2 p.m. Friday at Trinity Lutheran Church, Albert Lea. The Rev. Curtis Zieske will officiate. Interment will be in the Hillcrest Cemetery. Visitation will be one hour before service at the church. 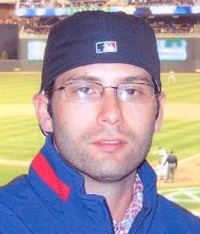 Jeremy was born in Albert Lea on March 3, 1977, the son of Julie (Cornick) Golder and Ronald Miranda. He graduated from Albert Lea High School in 1995. Jeremy lived in Freeborn County most of his life. He was a member of Celebration Church in Lakeville where he was active in Teen Challenge. He had worked at Streaters and Con Agra.

Jeremy was preceded in death by his grandparents, Dorothy and Carroll Cornick, Verna Tysver, Raymond Miranda, and uncle, Wayne Miranda.