Joining a writers group is rewarding

On Tuesday, March 29, I attended my very first writers group — the Washington Avenue Writers Group. I have always loved to write, but in actuality, I have written very little. I only know that I want to write, not just dream of writing.

I first heard of the writers group when a large article appeared about them in the Nov. 27, 2009, edition of the Albert Lea Tribune. I had no idea Albert Lea even had a writers group. Were there others out there, so close by, who felt the same way I do about writing? I was thrilled. 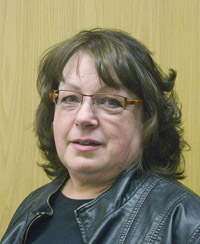 Even so, it took me 16 months to get up the nerve to take that first step. That first step meant retrieving the now-yellowed newspaper article, scanning for the phone number and nervously calling it. While the phone was ringing, thoughts raced through my mind: What if they aren’t still meeting? Have I blown my chance? Rats! Voicemail!

I had to leave a message and wait for a call back. I wasn’t sure my nerves could take it. Maybe I shouldn’t have called. What was I thinking? Surely the people in this group were way beyond my talents. I would never fit in. The call back came.

A woman named Rachelle was on the other end of the line. She seemed exuberant and happy. Her voice sparked with creativity and love of life. She explained a bit about the group and made me feel very welcome. It was done. I was committed now, no backing out.

The meeting was held in the lower level of a church in what looked and felt like someone’s living room. It was cozy, comfortable, intimate.

Each person took a turn at reading something they had written. Anyone who opted out had to pay a quarter. As I listened, I was struck at how a person’s writing seems to evolve in much the same way one raises a child. There are lessons to be learned, mistakes to be made. Writing takes time, commitment, caring and sometimes, letting go.

I heard it said once that what a person chooses to put down on paper is sometimes more important than what they say. What does our writing tell others about us as individuals? When the meeting was over, I left feeling sort of mind-muddled. It was such a new and unique experience for me. I knew I wanted to go back again next Tuesday, but I wasn’t quite sure why. Had I learned anything? Did I feel inspired? Over the next few days, I found myself asking the question, what makes a writer?

I don’t mean so much the mechanics of it, but what is this urge to write? Where does it come from? Personally, I think we are born with it. I do believe that almost any person can learn to write, but that is not the same as having a need to write.

I find writing to be therapeutic, fun and at times, frustrating — though the frustration never seems to overwhelm the need or urge to write. It’s as though you can set the need itself on a shelf or tuck it away somewhere where you don’t face it every day, yet the need is never far away. What does a writer look like? Is there a look? Probably not, although I have noticed a lot of authors wear glasses.

What if you are not photogenic and you get a book published and they want a picture of you for the fly leaf? Perhaps, since it’s all about the writing, a pleasing description of yourself would suffice in lieu of a photograph. I like that idea because it leaves so much to the imagination and hopefully, if I am ever published, I will be imagined much thinner and with a better hairdo. No doubt it is a waste of time to wonder and worry about such things anyway.

At this point, the one thing I am sure of is that life itself is a precious gift, and if it happens that I continue with this group, I will have enjoyed the company of interesting people and hopefully make some new friends.

Glenville resident Susan Schaub is a member of the Washington Avenue Writers Group.

Where is the apostrophe?
Editor’s note: You might wonder, what is up with the lack of apostrophe in “writers group”? The Tribune treats the word “writers” as descriptive, not possessive, in this case, just like is done with farmers market, teachers college, Cubs fans. In fact, a good example of similar punctuation is the name Writers Guild of America.