The funeral service for Lawrence “Larry” P. Rezac, of Albert Lea, will be held at 10:30 a.m. Friday at St. Dominic’s Catholic Church in Northfield. Interment will be in Calvary Cemetery. Visitation will be from 4 to 8 p.m. today at Bonnerup Funeral Service Albert Lea, and 4 to 7 p.m. Thursday at the Benson Funeral Home in Northfield, and one hour before services at the church. 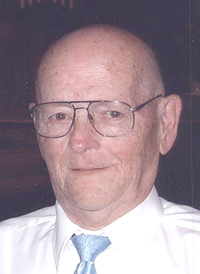 Larry passed away at his home on Monday, April 25, 2011, fighting a long battle with polycythemia vera and COPD. Larry was born to James and Agnes (Malecha) Rezac on March 18, 1938. He attended Rosary School and graduated from Northfield High School in 1956.

He was united in marriage to Kathleen Morrison on April 26, 1958, at St. Dominic’s Church in Northfield. Together they were involved in Jaycees and many fund raisers in Northfield. Larry owned the Northfield Bakery and Catering for years. In 1979, he went to work for HyVee which took him to Albert Lea; Creston, Iowa, and finally Cherokee, Iowa, where he retired from the company in 1991.

In 1992, they moved back to Albert Lea, where he started working at Nelson’s Market Place before retiring in 2010. He was an avid Eagle Aaerie member. working bingo and being a door-man. He enjoyed his many trips up north to go hunting and fishing. He also enjoyed going to the casinos and playing bingo. Every summer he planted dahlias and gladiolus and was so proud to give them out to everyone.