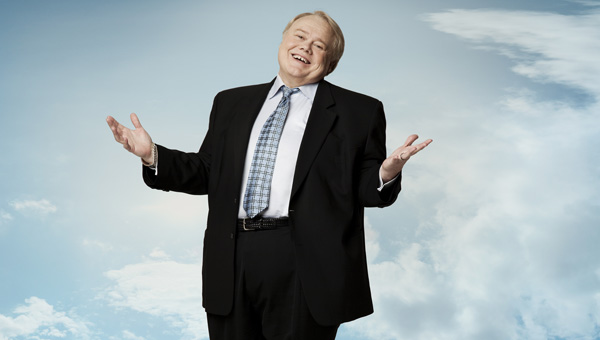 Emmy Award-winning comedian Louie Anderson likes to talk about his life and keeps his act clean, something unexpected in the modern comedy scene.

Anderson said his comedy focuses on family, being overweight and over 50 years old. He said it’s a clean show for the whole family.

“My stuff is all anecdotal,” Anderson said. “People will have a good time.”

The Minnesota native will talk about his experiences growing up in Minnesota during a show Sunday night in Albert Lea.

Anderson will perform at the American Legion club at 7 p.m. Sunday with fellow comedian Scott Hansen. Hansen, the founder of the Toys for Troops comedy shows, has been in the Albert Lea area on a handful of occasions recently to perform benefits for various organizations.

Hansen said he and Anderson have been doing shows together for the past 30 years and have a great time traveling together. Anderson said he and Hansen have helped each other with their careers.

He will talk about life, and how the baby boomers didn’t plan for certain things they now have to deal with.

“It’s all about life from my perspective and how things come full circle,” Anderson said.

Having lived in Minnesota until he was 30, he can relate to the long, cold winters. When outside of the state, he misses people being “Minnesota nice,” he said.

“You can’t make people mad in the summer because you might need their help in the winter,” Anderson said.

Currently Anderson is working on a book called “Diary of a Fat Man” and will be talking with some TV networks about a reality show. He also has a regular show in Las Vegas.

Anderson, a former “Family Feud” host and the creator and producer of the Saturday morning animated series “Life with Louie,” made his debut on national television in 1984 on “The Tonight Show.”

Hansen, a five-time winner of the Minnesota Comedian of the Year award, has made TV appearances on HBO, Showtime, E! and A&E.

He has also written comedy material that has been performed on the “The Tonight Show with Jay Leno” and the “Late Show with David Letterman.”

Tickets to the show are $30 for general admission or $40 for VIP tickets. VIP tickets include a meet-and-greet with Anderson, including a time to get photos and autographs.