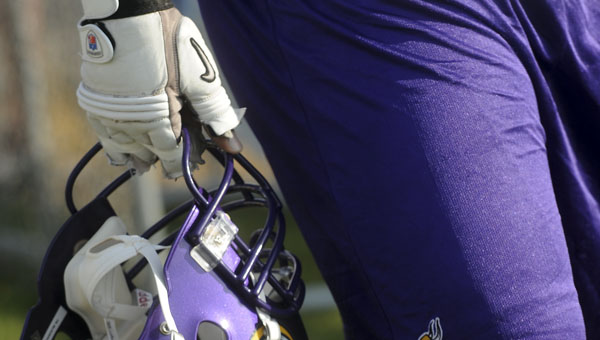 A Viking walks onto the field, helmet in hand, to start the first practice day of the 2009 Vikings Training Camp in Mankato. -- Brie Cohen/Albert Lea Tribune

That, in a nutshell, is why the National Football League is in a lockout and the 2011 season in limbo.

While a decision on how to divide $9 billion dollars between NFL players and owners wouldn’t seem to affect Albert Lea and greater Minnesota, it will have repercussions on local fans, business and the economy.

Currently, with the help of lawyers, players and owners are working on a new collective bargaining agreement after the old one expired at the end of the 2010 season. Players want to keep the NFL schedule at 16 games and have better benefits, including lifelong financial stability. Owners want an 18-game schedule, more money out of the $9 billion pie and to cut pay for rookies. Fans from Albert Lea just want the issue resolved.

Bob Sturtz, an attorney at Goldman Sturtz & Halvorsen is optimistic the two will reach an agreement in time for the 2011 season opening week scheduled for early September.

“I don’t believe there will be any games canceled,” Sturtz said. “There is so much money to go around. They just don’t know how to split it up.”

Sturtz, who is also an enthusiastic Vikings fan, said he isn’t angry with either side, though, because they deserved what they’ve gotten so far.

“I’m not one of those types of guys to say ‘poor me’ because it costs $75 to go to a game and the rich players and rich owners are fighting over my money,” Sturtz said. “They are where they are because of their talents.” 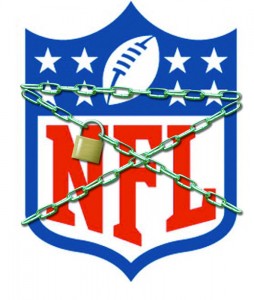 Sturtz also said that the players and owners provide a product to the state that vastly improves Minnesotans’ lives.

Albert Lea High School football coach and activities director Clay Anderson said he wouldn’t be affected by the absence of an NFL season this fall.

“I just makes me shake my head in disbelief,” he said.

After dealing with many concussions on his football team this past fall, Anderson sympathizes with the players and their stance against an 18-game season.

“It is not good for football or the players,” he said. “Their careers are short enough already.”

Sturtz doesn’t side with the players or the owners but said the NFL Players Association, the former union which is now a trade organization, does serve an important purpose during these mediations.

“They are doing what they need to do to protect the players,” he said.

Sturtz pointed to NFL players of the 1950s through the ’70s. He said a lot of them are broke with health problems. He said many of those former players didn’t have pensions or the financial tools to save money. Sturtz said the Players Association serves a purpose in doing that now.

An NFL lockout during the entire 2011 season would not only impact fans but local business as well.

Many restaurants and bars around the area draw many patrons on Sundays and Monday nights throughout the NFL season. During Vikings games, many have food and drink specials, too. The loss of regular crowds during football games throughout the fall would negatively impact revenue at these establishments. Management at Applebee’s in Albert Lea said they were unsure how an NFL lockout during the scheduled 2011 season would affect business. Management from Wedgewood Cove Golf Club and Green Mill Restaurant and Bar, who also feature food and drink specials, could not be reached for comment. 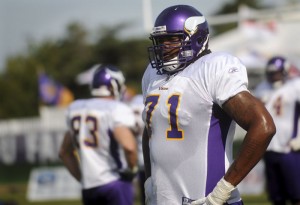 It is unseen how the NFL lockout could affect the Vikings’ stadium drive, which hasn’t gained steam in Minnesota legislation with the state facing a $5 billion budget deficit.

Rep. Rich Murray, R-Albert Lea, told the Austin Daily Herald on April 2 that he “won’t offer his support for a stadium until the budget is balanced” and increasing taxes to pay for the stadium is also not an option.

Sturtz said building a new stadium should be a priority and that the state needs to find creative ways to finance it. He also said Vikings owner Zygi Wilf should pay 30 to 40 percent of the cost.

“A new stadium would provide more to the state of Minnesota than just a place to play football,” Sturtz said. “If that were the case the Metrodome would be fine.”

With the Vikings’ lease on the Metrodome ending after the 2011 season, the threat of relocation is becoming greater. Sturtz said not building a stadium and losing the Vikings will cost Minnesota more in the long run because of how much money, time and energy would be spent acquiring a new team.

“Look at what happened to the Minnesota North Stars and how much it cost the state of Minnesota to bring a new team,” Sturtz said. “We need to look long term.”

Sturtz said he doesn’t believe tax payers should pay for the stadium but it could be done through gambling and a tax of Vikings memorabilia.

“Every other city in the country has managed to (build a new stadium),” Sturtz said. “We should be able to do it to.”

Look for more news of the NFL lockout in Section B of the Tribune.