Melvin “Mel” D. Heemsbergen, 65, of Zimmerman, passed away with his family by his side on April 24, 2011, at Mercy Hospital in Coon Rapids. 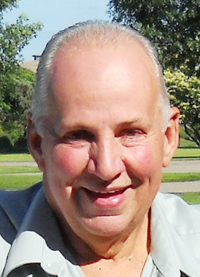 He was born on June 17, 1945, to Evert and Marie (Meindertsma) Heemsbergen in Marion County Iowa. As a young child Mel survived paralytic polio. He grew up in Hollandale and graduated from Albert Lea High School in 1964.

Mel married Marlys Kuiper on June 28, 1968, in Hollandale. They started out their married life in Maple Island before moving to Orange County, Calif., in 1969. Their first daughter Kelli was born later that same year. The family moved back to Hollandale in 1973 and in 1974 their family was complete when their second daughter Corinne joined the family. The family moved to Tucson, Ariz., in 1978, to Elk River, in 1980 and in 2002 Mel and Marlys made their home in Zimmerman. Mel was a family man who enjoyed the company of his family especially his two granddaughters: Kaitlyn and Alyssa. He cherished every minute with them.

He worked as an auto body repair man his entire career. He retired from Frank’s Auto Body in 2001. He had a passion for motors and speed. He drove stockcars, loved dune buggying, boating, riding ATVs and he was a motorcycle enthusiast.

Mel was a newspaper “junkie” and avid movie-goer. He enjoyed reading a variety of newspapers and debating politics and the current price of gas. He had a great sense of humor and was a pleasure to be around.

Mel is survived by his wife of nearly 43 years: Marlys; daughters: Kelli Heemsbergen and Corinne (Dan) Buchanan; granddaughters: Kaitlyn and Alyssa. Mel is also survived by his sisters: Dena Larsen and Gertie (Cornie) Rietveld; and by many other loving relatives and friends.

Mel was preceded in death by his parents: Evert and Marie; brothers: Gerrit, Bill, Marion, Marvin and John.

A service will be held at 12:30 p.m. Saturday at the Williams Dingmann Family Funeral Home in Princeton. Visitation will be one hour prior to the service. A celebration in honor of Mel’s life will follow the service.