Myreen Carol (Gavle) Wedge, of Lake Oswego, Ore., went to live with her Lord and Savior Jesus Christ on April 11, 2011. 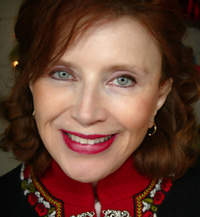 Myreen was born on Aug. 4, 1943, in Albert Lea. She was the first of four children born to Reuben C. and Carol A. (Sorbo) Gavle. She was proceeded in death by her parents Reuben and Carol; husband, Dr.  John J. Wedge; and her infant son, John Scott Wedge.

Her family includes her son, Thomas Jefferson Wedge and wife, Misty, of Perth, Australia; and daughter, Elizabeth Anne Anglin, and husband, Brian, who are in the process of moving to the Denver, Colo., area.

Myreen graduated from Albert Lea High School in 1961 and from the University of Minnesota in 1965. She was a member of Pi Beta Phi sorority. She taught elementary school in LaGrange, Ill., and Albert Lea.

Myreen and her family moved to Oregon in 1974. They lived in Lake Oswego and West Linn.  Myreen took particular joy living in the Sunny Hill neighborhood on Livingood Lane.

Myreen loved her family and was devoted to them. She especially liked trips to the Oregon coast with her children. Myreen was an avid gardener with a special talent for growing roses. She enjoyed collecting antiques, conservative talk radio, playing bridge with friends and discussing politics and faith. She was proud of her Norwegian heritage and was able to take a Norwegian art class at the University of Oslo Summer School. Myreen also travelled to Denmark, Israel and the Ronald Reagan Library.

Myreen celebrated daughter Libby’s wedding to Brian Anglin in Pismo Beach, California in 2009 and in March of this year had the opportunity to celebrate her son’s wedding to Dr. Misty Blakeman in Denmark, Western Australia.

Myreen is survived by her sister Karen Klassen and husband Dan of Parker, Colorado and her brother Darrel Gavle and wife Susan of Crystal Lake, Illinois as well as a large extended family.

A memorial service is scheduled for Saturday 2 p.m. at Salem Lutheran Church in Albert Lea.

In lieu of flowers Myreen would appreciate your gifts of love to be made out to “LoveWorks Ministry,” or online at www.loveworksministry.org.