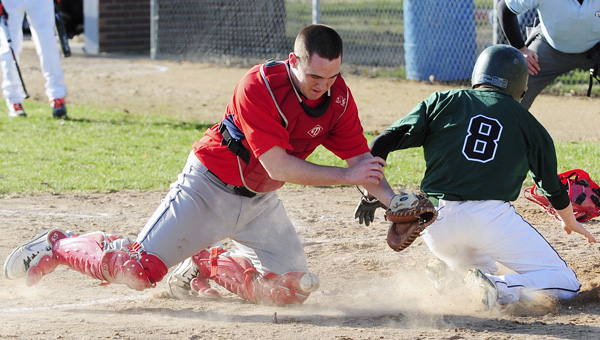 Eric Lackey and Tyson Mortan each notched a hit for the Rebels (1-2, 0-2 Gopher), who have scored four runs in three games this season.

“We are doing a lot of swinging and missing,” Rebels coach Pat Frank said. “You’re not going to win baseball games when you’re not making contact.”

The Bucs (1-0, 1-0) on the other hand made a lot of contact, scattering 11 hits off pitchers Anthony Stenzel and Dakota Farley.

Frank said the Rebels couldn’t capitalize on the Bucs mistakes because they didn’t put the ball in play. He also said misplays in the outfield and dropped balls also attributed to the loss.

Stenzel picked up the loss for the Rebels after throwing six innings of five-run ball. He struck out eight batters, walked three and hit two. The Rebels play again at 4:30 p.m. tonight at Blue Earth Area (2-0, 0-0 South Central) and return home on Thursday against Blooming Prairie (0-3, 0-1 Gopher).