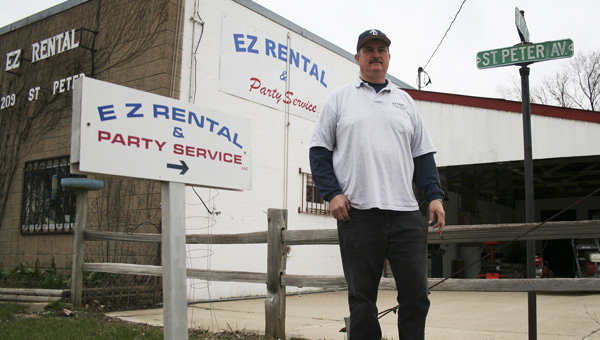 Graduation season is nearing, and it’s a time when certain businesses get quite busy.

One example is EZ Rental & Party Service in Albert Lea. While they do work all year round renting party supplies, graduation season can often be busy. Owner John Butler said he and his staff help parents and graduates figure out some of the details of party planning. 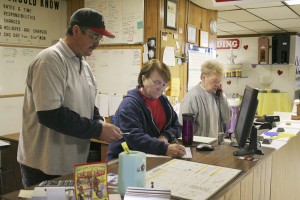 “You ask them what they’re planning on serving,” Butler said.

Often if hosts are planning on serving a taco bar or pulled-pork sandwiches, Butler will suggest they rent heated serving trays. Also popular is a chill table that can hold ice so salad dishes or drinks can be dropped right in the table to stay cool.

Since many family members often show up for graduation parties, Butler said he’s heard of families turning a graduation party into a weekend event that becomes sort of a family reunion. Because all of the store’s supplies are rented by the weekend, families can get both parties done with the same cost of renting equipment.

Tables, chairs and smaller canopies are among the most popular items the store rents. Other items people might not expect that can be rented are lawn games such as bocce ball, badminton and others. Because family members often bring children along and stay to help out at graduation parties, kids can get bored. 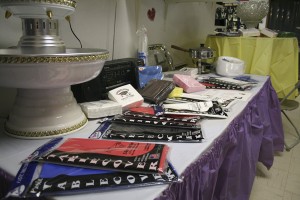 Shown are some of the items for sale and rental available at EZ Rental & Party Service in Albert Lea. -- Kelli Lageson/Albert Lea Tribune

“It keeps the kids busy,” Butler said. “We suggest something like that for the folks who will be there all day.”

Other items people might need for graduation parties depend on what they plan to serve, including popcorn machines, charcoal grills, coolers, punch bowls or coffee servers. They also have portable restrooms available for those who plan on having larger parties. Butler also said his staff knows when it’s better to tell someone to buy something than to rent one — including specialty items like chocolate fountains.

Butler said graduation parties are different than other events where guests stay for the duration, which is why he can help people decide how many chairs and tables they’ll need.

“You might have 200 people, but not at one time,” Butler said. “Most of the time people just stay for a half hour.” 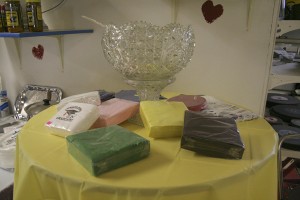 Napkins and tablecloths of the various school colors in the area are just some of the items available at EZ Rental & Party Service in Albert Lea. -- Kelli Lageson/Albert Lea Tribune

Butler said there are many sizes of tables available including rectangle or round tables for seating or high-top tables for guest books or other displays of accolades. The store has napkins and tablecloths in a variety of colors to suit the schools in the area. They only have vinyl tablecloths, but Butler said they have other uses after the party is over.

“It’s not a waste because they’re perfect drop cloths for painting,” Butler said.

The store has a large inventory, and Butler said they’ll often take reservations just a week before a party is planned.

“Most cases we’re not turning anyone down unless it’s too specific,” Butler said.

Delivery is also available, but there is a charge based on where the customer is located. Butler said most people prefer to pick up the items they’re renting so they can set them up. The store is located on St. Peter Avenue in Albert Lea and can be reached at 373-8026. It’s open from 8 a.m. to 5:30 p.m. Monday through Saturday.