A teacher in his 20th year in the Albert Lea school district recently won a national award for space education.

Ken Fiscus, a teacher at Albert Lea High School, said he didn’t know how big the award was until he was invited to the banquet where there were astronauts and national military leaders in attendance. 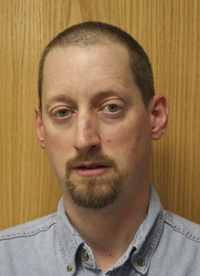 Fiscus received the Space Educator Award from the National Science Club at a banquet in Washington on April 1.

Awards are selected by a panel of experts from across the aerospace and defense industry and are a testament to the inspiring work of individuals across the nation, according to a press release. The Space Educator Award recognizes the importance of secondary school teachers motivating and guiding high school students in the study of and careers in space science and technology.

Fiscus said the award comes with a $1,500 grant that he hopes to spend on publicity for the annual solar system walk he works on.

“Astronomy and space travel have been my interest and hobby since junior high,” Fiscus said.

He said he’s always ready to teach about space science because it’s something he cares about. Fiscus was the district Teacher of the Year in 2003.