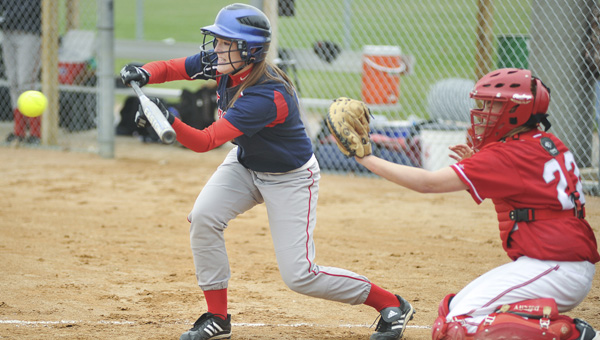 AUSTIN — The Packers came up with some clutch hits to dodge a bullet and get past Albert Lea in Todd Park Thursday.

After seeing a 5-1 lead turn into a 6-5 deficit, Austin put up four runs in the bottom of the sixth to walk away with a 9-7 win.

The Packers (3-1, 3-1 Big Nine) found their offense in the bottom of the sixth when Lindsey Miller knocked in two runs with a one-out single to right center and she scored on a wild pitch to make it 8-5. Marie Clennon added an RBI-single to make it 9-5.

“It was disappointing to be up by so many runs and then have that bad inning, where we kind of lost it,” said Miller, a senior who stole three bases and scored three runs. “But we came back and it was a good win. (Their pitcher) was kind of a slower pitcher than what we’re used to and I was just trying to drive it out there.”

Austin’s troubles started in the top of the fourth when starting pitcher Jennifer Yocom hit a batter, allowed a single and walked two to start the inning.

Freshman hurler Abbey Ball came in relief and struck out eight over the last four innings as she allowed just one earned run.

“We played with a little more energy and enthusiasm tonight,” Tigers coach Dan Harms said. “But again errors and strikeouts held us back.”

The Tigers play again Tuesday in a doubleheader at Rochester Century.

Rocky Hulne, of the Austin Daily Herald, contributed to this report.