The world did not end Saturday, but Minnesota was instead hit with something that will wreak divisiveness upon its citizens in the coming months. 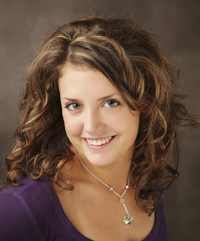 Gay marriage is a hot button issue for most Minnesotans. And anyone who watched the debate on the House floor Saturday night knows this. A combination of impassioned speeches by many representatives, strong protests by opponents rallying in the Capitol, and a controversial prayer put the vote on a proposed constitutional amendment to define marriage as between a man and a woman in question. But it passed. You will see it on the ballot in 2012.

In the meantime, I implore all Minnesotans to think of the implications the mere passage of this bill in the House and Senate, notwithstanding the passage of the amendment itself by voters, will have on our citizens.

The advertising for and against the amendment is anticipated to be a multi-million dollar affair, bringing support for campaigns in from national organizations. Minnesota is in a major deficit, but citizens are willing to donate all their money to ensure it is just a little more difficult for gay people to get the equality they deserve.

Many representatives pleaded Saturday for voters to think of the children when they voted on the bill. The gay children and teenagers, who already face bullying and hate crimes, who will be unable to escape commercials, billboards, protests, etc., that tell them they are evil, unnatural and not right.

In early May, more than 60 law professors at the University of Minnesota sent a letter to Congress, urging them to destroy this bill. In the letter they said they “represent people across Minnesota who confront complex legal challenges because they are currently unable to enter a legally recognized relationship with a same-sex partner. At the same time, the proposed amendment does not help existing marriages.”

It goes on to state that the amendment will create needless expenses and litigation for the people of Minnesota.

St. Cloud Republican Rep. Steve Gottwalt, who authored the measure, said the purpose of the bill is to bring this issue to the vote of the people. In saying this, the representative articulated that their job is arbitrary — their job is to represent the people of Minnesota and their wishes.

Why doesn’t the entire state of Minnesota vote on how to balance the state budget then? Or whether to put the photo ID bill in place?

And still, by the end of the debate, I did not hear one representative say why this bill was necessary when same-sex marriage is already illegal in our state or why they oppose the marriage of homosexuals in the first place.

And after all this — all the advertising and hate that will spread throughout Minnesota in the coming year — I wonder who this bill really helps. We, the people of Minnesota, should not be voting whether to make it more difficult for same-sex couples to get married, but voting to give them equality. We should be voting to extend to them full marriage rights.

This is not the Minnesota I know and love; I am counting on every person in this state, not only to vote no, but to ensure that the hate-filled messages sure to be created in the coming months do not take any more lives of gay teenagers or spread more lies among the ignorant.

One day, our grandchildren will look back on these decisions we made, like we looked back on our grandparents and the hand they played in slavery, and ask how we thought sexual orientation, like skin color, gave us the right to withhold civil rights from individuals.

In the end, representatives Saturday night used the majority to discriminate against the minority — everything that America is supposed to stand against.

But I have to say thank you to Rich Murray, for being one of four Republican representatives to vote against the measure, for truly listening to his constituents and for not merely following the party line. At least there is a small silver lining in this very dark cloud.

Jill Jensen is an intern at the Albert Lea Tribune and a student at the University of Minnesota.